Home Blog Is This Company Really Making Fuel Out of Thin Air?
View on YouTube

We are in an era where climate change and energy availability are both top priorities for people and businesses alike. However, imagine producing fuel and other substances out of thin air. It may sound like science fiction, but it’s a reality.

This process is one that’s becoming more efficient and scalable. So let’s take a closer look at Air Company, the unique tech startup behind this potentially game-changing innovation. Let’s get started!

Since 2019, Air Company has taken the principles of renewable energy and carbon capture to a new level. Their goal is to produce carbon-neutral or even carbon-negative energy from emissions that would otherwise further the damage of global warming.

Carbon capture lies at the source of Air Company’s innovations. This cutting-edge production process relies on fairly standard technology. However, they use it in creative ways.

The organization works with industrial plants to scrub carbon from emissions before it reaches the atmosphere. They then cool, pressurize, and liquefy the carbon.

Through electrolysis, hydrogen and oxygen particles in the water separate. The oxygen releases, and the hydrogen transfers to a carbon conversion reactor.

Inside, the hydrogen and captured CO2 combine with a catalyst to create a liquid compound of alcohols, alkanes, and water. They distill the compound to separate it into various components like ethanol, methanol, other compounds, and water.

HOT TIP
Learn about 5 Climate-Friendly Travel Companies before planning your next vacation.

With these components, people can produce all sorts of products, ranging from the company’s infamous carbon-neutral jet fuel to perfumes and even drinkable alcohol. Essentially, they can create anything that relies on alcohols or alkanes with Air Company’s processes.

While prices are higher than traditional versions of the same products, Air Company is working to reduce costs to the point where consumers won’t notice a significant difference. The company’s goal is to use Air jet fuel in commercial flights by 2024.

Who Is the Owner of Air Company?

Air Company’s founders are Gregory Constantine and Dr. Stafford Sheehan. They currently own the company.

Constantine serves as CEO, with a background in entrepreneurship and innovation. Constantine is a Harvard Business School grad and was on the Forbes “30 Under 30” list in 2017.

Sheehan is Air Company’s CTO, taking advantage of his experience as a scientist and inventor to drive the company. He holds more than ten chemistry or physics-related patents. He has also published his writings in dozens of academic journals and other publications.

Where Is Air Company Located?

However, the company says plans are in progress for a far larger production plant, though the location is unclear.

Is Air Company Really Making Fuel Out of Thin Air?

While it may look like magic to the naked eye, Air Company’s source is not precisely thin air. The trick involves capturing the carbon and other particles present in the air that commercial facilities release, stripping them out before it reaches the atmosphere.

While it’s generally invisible when products emit it, this carbon is real, and people can use it. Still, it’s crucial to note that it’s not any old air but industrial emissions prime for harvesting.

HOT TAKE
How climate change will affect the future of travel and tourism.

What Is Air Vodka Made From?

One of Air Company’s most unusual and eye-catching products is Air Vodka. This product uses the same principle of carbon capture to produce pure, 80-proof alcohol. Air Company bills it as the world’s first carbon-negative spirit.

Air Company derives it from ethyl alcohol and describes it as clean and crisp. It’s also sugar- and gluten-free and has no carbohydrates.

You can order it directly from Air Company or purchase it from various other liquor stores with a retail price of roughly $75 per bottle.

How Will Air Company Change the Planet?

While Air Company may not have the efficiency or the tech to replace all regular fuels fully, it’s one of the most exciting developments in the path toward a carbon-neutral world.

With airline travel currently one of the world’s most significant polluters, removing the carbon output from this industry could significantly boost efforts to stop climate change without disrupting the lives and travel of ordinary people.

There’s no reason we should limit the concept to air travel. It is possible to consider a future benefitting from the processes we’re using today to reduce the impact of climate change.

Potentially, we could live in a world where most or all fuel is carbon-captured. With so many possibilities, it’s worth keeping an eye on this exciting company and what it’ll offer in the years to come.

What do you think of Air Company’s concept? Do you believe it has far-reaching possibilities? 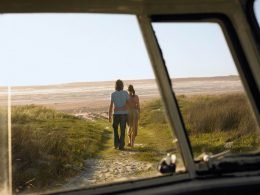 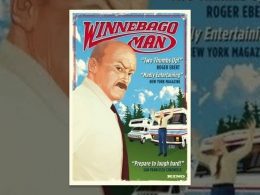 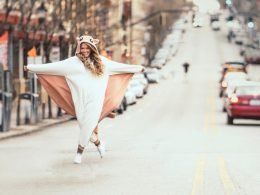 Nomads Get a Bad Rap by Most of America 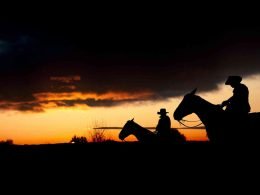