Home Blog Who Is Living The Van Life?
View on YouTube

Who Is Living The Van Life?

Meet Chad Derosa. Never heard of him? You may be more familiar with his Instagram handle or YouTube channel: Living The Van Life.

Let’s dive in and learn more about this YouTube influencer!

The Backstory of Living The Van Life

Chad’s journey began back in 2011 when he followed his dream to become a professional photographer. He was inspired by some fellow van-lifers on YouTube and chose to live minimally and simply in a van pursuing his dream.

A couple of months before his launch, Chad’s near-fatal appendix rupture opened his eyes to living life to the fullest. So his path began.

His YouTube channel began to teach others what he had learned after seven months on the road. Years later, Chad continues to share tips and encouragement to people interested in beginning a van life of their own. His videos have more than 50 million views, and his subscriber list continues to grow.

Since 2011, Chad has become a very successful photographer. He’s published photos in magazines, produced his first documentary, “Out of Nothing,” which won multiple film festival awards, began traveling the world filming for major companies, and filmed and produced his second documentary, “Rockets and Titans.” All of this happened because he decided to chase his dream.

What Type of Vehicle Does Living The Van Life Travel With?

Recently, Chad upgraded to a 2020 4×4 Mercedes-Benz Sprinter van. One of the most exciting parts of this upgrade was that he could stand up for the first time in his home. He started with an empty shell so he could make it the best off-grid, full-time livable van possible.

The Top 3 YouTube Videos from Living The Van Life

Living the Van Life has been a very successful YouTube channel for many years. Chad’s experience and personality help him relate well to folks learning how to live the van life. His advice and tips are great educational moments, but his videos also encourage and motivate others to live life to the fullest.

Let’s take a look at his top three YouTube videos.

#1. Winter Storm Living in a Van

Take a look at his video from the North Cascade Mountains, where he experienced snowfall for more than 48 hours. You’ll watch him pack a wind-blocker made of snow along the side of his van, cook on his cast-iron skillet over his Solo stove, and wake up to a beautiful, picturesque snowscape.

In this video, you’ll watch Chad move into a U-Haul van temporarily while the transmission in his 1991 Volkswagen Westfalia gets fixed. Right in the city of Bend, Ore., he makes his home in a 15-ft moving van.

Because there’s no insulation in a U-Haul van, Chad sets up a portable heater and makes his bed at the back of the van. He also goes into a conversation about proper safety precautions with heaters. It’s hard to believe he even cooks a steak and vegetables for dinner. Check out his two days of being homeless in a UHaul!

#3. Surviving a Blizzard in a Van

Because Chad spends a lot of time in the North Cascade Mountains, he has experienced his fair share of hazardous winter conditions. In this video, he shares how important it is to prepare for winter camping, from proper heating to cooking to how to get out safely.

Chad shows how he got out with MaxTrax recovery gear. If you live in a van and need to learn how to camp during the winter, check out this video from Living The Van Life!

Where Else Can You Follow Living The Van Life?

The Living The Van Life YouTube channel features videos a couple of times a month. The videos tend to be anywhere from 20 minutes to more than two hours.

Chad Derosa, aka Living The Van Life, is a successful photographer. But he’s also a successful influencer. His advice and how-to videos really help other travelers learn about van life. His motivation to help other van lifers shines through in his videos and posts.

If you’re interested in this life and learning more about the nuts and bolts of making the van life work for you, check out Living The Van Life on Instagram or YouTube.

Have you ever had a dream? Maybe van life can help you achieve it! 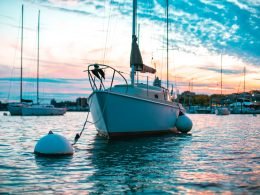 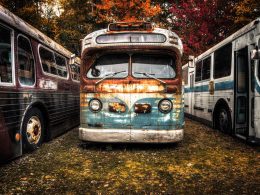 Tossing around names like “Bus Grease Monkey” is certainly a sign of the times. Learning about these handles… 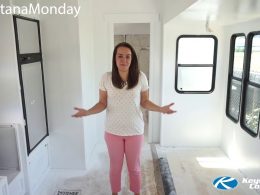 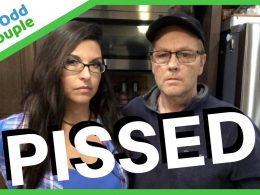 There are many wonderful and interesting people in this world.  The family known as the RV Odd Couple…