When you see Instagram feeds and TikTok videos of beautiful sunsets, majestic mountains, and peaceful beaches, you might think that the RV life is perfect. Why would anyone not want to travel and experience these things?

“Til Further Notice,” a traveling couple who lives in their RV, may have something to say about that. Let’s look at how Scott and Tammy came to the point where they were ready to call it quits and accept the more traditional way of living. Let’s dive in!

Who Is ‘Til Further Notice?’

With almost 7,000 subscribers, “Til Further Notice” shares its experiences and adventures with the YouTube community. Scott and Tammy are two artists feeding their creative spirits with views of exceptional landscapes and adventures of a lifetime.

They needed to break out of the confines of their home and art studio, so they sold their house and headed out of Denver and eventually down the Oregon Coast. Despite mounting health challenges, they canceled impending surgeries and chose the RV life with Gracie and Jasper, their dog and cat.

What Does ‘Til Further Notice’ Live In?

“Til Further Notice” started traveling in a Grand Design Solitude 390RK-R named Tag-Along. However, they moved into a Vanleigh Vilano 320GK about a year ago.

Solitude and Vilano have similar layouts with a rear living area, kitchen island, and front bedroom with a closet in the front cap space. The Vilano has an 80-inch sofa bed that sits along the rear of the unit underneath a huge window.

Theater seating and a free-standing dinette are situated underneath more huge windows along the campsite side of the RV. The entertainment center, fireplace, and kitchen appliances sit opposite, with the kitchen island in between. The Vilano has three slides to provide even more living space.

What Problems Did They Encounter?

When “Til Further Notice” returned to Colorado, they had grand plans of visiting with family and spending time with their grandkids while celebrating their daughter’s wedding. However, things didn’t go as planned.

Tammy and Scott joked about how they didn’t think they’d need to deal with snakes when they arrived in Colorado. They expected snakes and alligators in Florida but did not expect to deal with them in Colorado.

At their campsite, a rattlesnake made its home underneath their truck tire. Scott shares how “pretty much everywhere you go, you gotta watch out for poisonous snakes.”

He reminds viewers to look where they’re stepping, keep pets safe, and never reach under anything because the snakes blend in so well.

When Scott and Tammy went in for their medical check-ups, they both received unexpected news, which meant a more extended stay in Colorado than planned. When Scott went to his rheumatologist, he discovered that he probably doesn’t have what they’ve been treating him for over the last seven years. This new diagnosis will require more aggressive medication and much more follow-up.

When Tammy went to see her orthopedic surgeon, the team discovered she had a non-union in her pelvis that didn’t heal properly. This condition, too, was going to lead to more follow-up visits. Their five-week stay in Colorado was turning into a much longer experience.

On top of the disappointing news that both Scott and Tammy received from their doctors, they got COVID-19. Tammy started feeling poorly first and could not attend her daughter’s wedding. She felt so bad that Scott had to take her to an emergency care center to get antivirals.

Tammy couldn’t even sit up and felt like she would pass out. She was feeling terrible and missed one of the most important days in her daughter’s life. She shares, “I never thought I’d miss one of our kids’ weddings, so that feeling of just sadness, the feeling of guilt, being sick, and then Scott was starting to show symptoms and coughing a lot.”

Scott kept taking tests because he didn’t want to go to the wedding if he also had COVID-19. But all of the tests came back negative. He says, “Walking your daughter down the aisle is something that a father looks forward to for a lot of years.”

Even up to the wedding day, Scott tested negative for COVID-19. So he walked his daughter down the aisle, stood at the back behind the guests, watched the ceremony, and then immediately returned to the RV. Within 30 minutes, he was collapsing, spiking a fever, having chills, and tested positive.

Besides dealing with COVID-19, “Til Further Notice” had to move campsites. Another RVer was coming in, so there was no way to extend their stay at that campsite.

It was the summer in Colorado so finding a last-minute spot anywhere was almost impossible. Tammy found a group campsite for $200 a night that would hold them to their next reservation.

Scott felt well enough to attach and move the fifth wheel down the mountain from 9,000 feet in elevation. The two struggled with oxygen levels, so the change positively affected their health and helped them get on the mend. But it was yet another wrench thrown in their plans.

What Does the Name ‘Til Further Notice’ Mean?

Scott and Tammy came up with the name “Til Further Notice” because they would “roll with the punches” and go wherever life led them. After this summer’s series of events, they felt like life was a train wreck. But they also looked back and saw that they adapted, were flexible, and showed how to “roll with the punches.”

Did ‘Til Further Notice’ Call It Quits?

Despite many challenging moments, “Til Further Notice” is still traveling. They didn’t allow the problems they experienced in Colorado to ruin their RV journey.

Scott and Tammy hinted that they were currently along the coast but didn’t say precisely where. So even with the wildlife scares, medical issues, COVID-19 battles, and campsite moves, “Til Further Notice” is still making memories and traveling the country, inspiring their creative spirits to capture the beauty of our country.

“Til Further Notice” didn’t call it quits, but they did experience serious challenges in their RV journey. Would you have said enough is enough? Or continued the adventure?

Skeleton Coast: What's the Story Behind This Ship Graveyard? 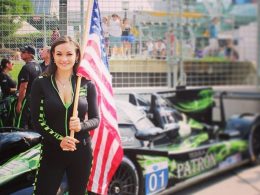 The Crazy World of RV Racing While many RVers keep their RV at or below the speed limit,… 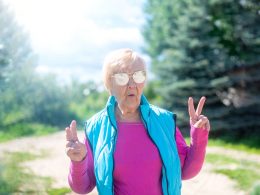 5 Signs You’re Too Old for Hiking

Hiking can allow you to breathe in the fresh air and enjoy views typically only seen in photographs.…
1 share
1
0
0 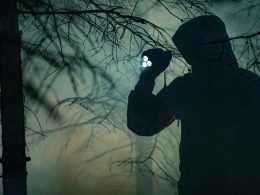 Are There Unsafe Boondocking Spots?

No matter where you’re camping, safety should always be one of your primary concerns. Boondocking is one type…
1 share
1
0
0

What Is Descend on Bend?

Have you heard of Descend on Bend? This popular van life gathering attracts hundreds of van lifers, vehicle…
16 shares
15
0
1