Home Blog Where are RVs Made?
View on YouTube

Located about 15 miles east of South Bend, Ind., is the city of Elkhart. Although it’s not the county seat of Elkhart County (Goshen holds that title), it is the largest city with about 54,000 residents. If you’re an RVer, you’ve probably heard of Elkhart.

Where Are the Majority of RVs Manufactured?

Elkhart, Ind., got the name “The RV Capital of the World” after WWII when the RV industry picked back up after seeing a decline during the war. About 80% of all RVs come out of Elkhart County.

If you want to take a tour, most factories have their doors open to visitors. Take a tour of the Alliance RV factory on Benchmark Drive or spend your day watching them make Class C Nexus units on Reedy Drive.

You can also spend a day touring the RV/MH Hall of Fame in Elkhart. Check out the RV Founders Hall to view trailers dating all the way back to the 1920s and 1930s.

The Exhibitors Hall showcases RV products from Dometic, Airxcel, Blue Ox, and more. Elkhart used the title of “The RV Capital of the World” to encourage tourism in the area.

What RVs are Made in Elkhart, Ind.?

The RV businesses, including manufacturers, distributors, and suppliers, employ many of the residents in Elkhart. This is one reason its unemployment rate has remained under the national average for almost a decade. RV giants Thor Industries and Forest River have their headquarters here.

Grand Design, Jayco, and Winnebago towables also have facilities in nearby Middlebury. The city of Goshen is the location for the Keystone RV and Dutchman manufacturing plants, and Shipshewana is home of KZ trailers.

All of these cities are located in Elkhart County in northern Indiana.

What RVs are Made in Oregon?

The majority of RVs come out of Elkhart. Tiffin has its plant in Red Bay, Ala. Airstream’s production facility is in Jackson Center, Ohio. Perhaps a lesser-known RV company, Oliver, manufactures its high-quality travel trailers in Hohenwald, Tenn.

Although Keystone RV has a large manufacturing plant in Goshen, it has a second location in Pendleton, Ore. Another Oregon-based company, Northwood Manufacturing, produces its travel trailers, toy haulers, fifth wheels, and truck campers outside La Grande.

So, although there are some west coast manufacturing plants and others scattered around the US, most factories are located in Elkhart County.

Where Are Winnebago Motorhomes Made?

But the motorized division that makes the Class A, Class B, Class C, and Accessibility Enhanced units is located in Forest City, Iowa. These include the Winnebago Journey, Solis, Minnie Winnie, and ROAM.

Why Are Most RVs Made in Indiana?

Interstate 90 runs straight through Elkhart County. There are also numerous highways in the area. This makes transporting RVs much easier. Trucks can conveniently get to and from the manufacturing plants without driving up steep mountain roads or down narrow backcountry streets.

Its location in the central part of the country also makes transporting RVs to the west coast or east coast more manageable. Elkhart certainly isn’t a tourist destination with pristine white beaches or glowing red canyons. But the accessibility makes this area of the country perfect for distributing goods.

An additional reason so many RVs are coming out of northern Indiana is the Amish communities that live in the area. This group of people offers excellent skills in woodworking and manufacturing. Thus, many of them are employees of RV companies.

Can You Tour RV Factories?

You can tour many of these RV factories. Some operate by appointment only, while others have selected days and times. For example, the Tiffin plant in Red Bay opens its doors for tours from Mondays to Fridays at 9:30 a.m. The Winnebago motorized factory in Forest City also only provides one tour daily at 9:00 a.m. from Mondays to Fridays.

You could plan a day of touring different facilities in Elkhart, but this might be difficult since most tours last a couple of hours. Alliance provides tours on Tuesdays, Wednesdays, and Thursdays beginning at 2:00 p.m. If you want to see how they make the DRV Luxury Suites, you can travel about 45 minutes east of Elkhart to Howe on Mondays, Wednesdays, or Fridays at 10:00 a.m. for a factory tour.

If you want to tour a facility or two, make sure to call ahead. Most factories require a reservation. Some will have guests complete a release form. Also, it’s important to note that the company prohibits photography and video recordings during many of these tours.

How Many RV Factories Are in Elkhart Indiana?

In the past, you could find around 100 RV manufacturers in the Elkhart area. Today, you’ll find about 30 to 40. This reflects the frequent merging and acquisition process that occurred over the years. For example, once an independent company, Jayco is under Thor Industries’ umbrella.

Altogether, there are about 100 brands manufactured in northern Indiana. Only a sprinkling of brands has manufacturing plants outside the Midwest.

If you’re looking for work, head over to Elkhart, and join the thousands of people employed in the RV industry. If you’re looking for inspiration for your next RV or are curious about how they make RVs, take a drive to northern Indiana and tour the numerous facilities there. From luxury Class A motorhomes to simple entry-level travel trailers, you’ll find them all in Elkhart County.

Do you know if your RV came from there?

How Long Does An RV Last?

Towing a Large 5th Wheel With a Gas Truck: Just Because You Can, Doesn’t Mean You Should 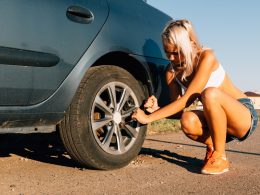 Why China Bomb Tires May Ruin Your RV Vacation

Low-quality RV tires have developed the nickname “China bombs” in the RV community. These tires can explode without…
7 shares
7
0
0 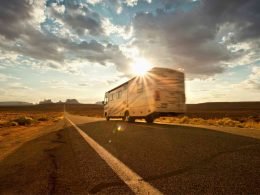 What Happened to Haylett RV?

If you follow YouTuber influencers in the RV industry, you might have “Keep Your Daydream” or “Less Junk…
10 shares
10
0
0 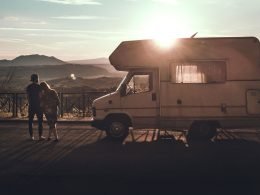 To RV or Not to RV, That Is the Question

You’ve probably heard the buzz about RVing. It seems that everyone is doing it. But does that mean… 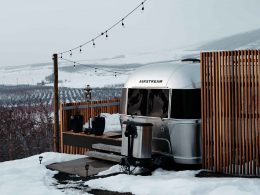 Mark Wahlberg is one of the most successful actors of this era. Although Tom Cruise, George Clooney, Robert…