Home Blog Can You Survive a Tornado In an RV? See For Yourself (VIDEOS)
View on YouTube

Can You Survive a Tornado In an RV? See For Yourself (VIDEOS)

If you spend enough time in your RV eventually, you’ll run into trouble. You may glance out the window to find the sky darkening and wind picking up.

Experiencing a severe storm in an RV can be an adventure, but what about a tornado? Can you survive a tornado in an RV? Let’s dive in and see!

Can You Survive a Tornado in an RV?

Many have sought shelter from a storm in their RVs, including during tornados. Even if you’ve experienced a tornado before, experiencing one in your RV is different. The RV magnifies every sight and sound compared to a residential home.

If you’ve never experienced a tornado before, consider yourself lucky. These raging storms produce incredible winds and leave immense destruction in their wake. Their raw power and intensity deserve respect and caution.

An RV can’t safely withstand a tornado or powerful storm. Therefore, you should receive weather alerts on your phone or radio to stay safe.

Check out these examples of what tornadoes can do to RVs.

In March 2021, a powerful storm struck the Texas Panhandle. The towns of Amarillo and Lubbock got hit especially hard. The National Weather Service said multiple tornadoes touched down in the area.

Despite the damage, authorities did not report any injuries or fatalities. Still, the images of families sifting through destroyed RVs should serve as a stark warning.

Again, you should not stay in your RV during a hurricane or severe storm. Whenever you can, you should move your RV out of the path of the storm.

A second video from September 2019 documents storm damage in Emerald Isle, North Carolina. Powerful winds blew RVs parked close together into each other like dominoes. Damage to the sides of many RVs served as evidence of what flying debris can do.

The bicyclist filming the video shows streets and pathways blocked by debris. You can also see how localized the damage within the RV park was. Many houses and RVs are unaffected, while houses a block or two away lay in ruins.

In April 2020, Hofbrau RV Park in Round Mountain, Texas, suffered a devastating tornado. Five of the 35 RVs in the RV park were damaged or a total loss.

The storm impacted 40 residents in total. However, authorities reported no fatalities and only two injuries. No one was hospitalized as a result of the storm.

In the midst of the pandemic, 137 tornadoes touched down in 48 hours. In this video, Wildwood Vagabond shares how the April 12 and 13 tornados impacted their family. Luckily for them, they were seven hours away when the storms hit. Still, they had to deal with the heartbreak of learning their RV got hit.

In the video, the couple discovers their RV suffered significant damage. The wind lifted it off its jacks. Also, a downed tree broke their car’s rear window. Thankfully, the community banded together to help each other in this time of need.

The couple said they’re planning to sell their rig to a local businessman who can salvage their RV for parts. On camera, they bid the old rig goodbye and try to face the future with optimism. It’s an incredibly positive outlook during a stressful situation.

Residents shared how their houses shook in violent winds. If the storm rocked residential homes, it’s little wonder it toppled RVs as well.

RVs Are No Match for Severe Weather

RVs are not designed to withstand severe weather, whether it’s heat, cold, or a tornado. Riding out a storm in an RV is entirely different from doing it in a residential home.

The height of RVs helps them handle intense front and rear winds, but not side to side winds. The tall and wide sides of RVs act like massive wind blocks in storms. Plus, they’re elevated, which increases their instability and makes them more likely to overturn.

First, move your RV as quickly as possible out of the path of the storm if you can. Some severe weather, like hurricanes, comes with ample warning. Use that time to get out of harm’s way.

If forecasters predict storms with high winds, move your RV to go with the wind. This will allow the front of your RV to absorb the brunt of the storm. It could also mitigate the risk of tipping over.

If you can’t move, fill your water tanks to add weight to your RV, bring in all your slides, and hitch up to your tow vehicle. This adds stabilization during the storm.

Seeking shelter for you and your loved ones should be your highest priority. High winds not only produce a tip-over risk but may also knock debris onto your vehicle. Things like fallen trees can do just as much damage as the storm itself.

RVs allow you to explore the country but can’t keep you safe in a storm. Stay safe by having a plan and being mindful of the potential for severe weather.

Have you experienced severe weather while in your RV? What safety tips have you learned from your RVing experience? 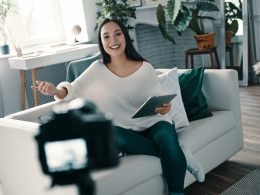 Should the RV/MH Hall of Fame Induct RV Influencers? 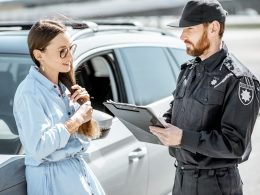 You may be the safest driver in the world, but there’s still a chance you may be pulled… 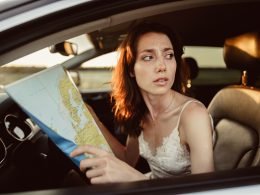 These Are the Most Overrated Road Trip Destinations If you’re considering hitting the road for a vacation, it…
1 share
0
0
1 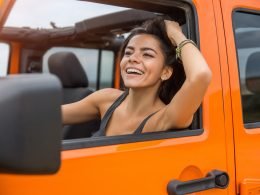