It’s no secret that flying can be a stressful experience. From long security lines to flight delays, plenty of things can make even the most seasoned traveler break out in a cold sweat.

But for French air traffic controllers, the stresses of the job have reached a breaking point. In recent weeks, they have been staging a series of strikes, causing widespread flight disruptions across the country. So why are they striking?

There are several reasons why they are striking. The first is working conditions. Air traffic controllers in France say they’re working long hours, which is not safe. Working too long at a stretch can cause a lack of concentration and potential lapses in judgment.

They also contend that their pay is not in line with rising inflation. They want to be compensated accordingly, especially considering they are pressed to work a dangerous amount of hours.

In addition to current pay and working conditions, French air traffic controllers are only expecting things to get worse. A large portion of the profession is looking to retire between 2029 and 2035. Current controllers say that recruitment to bolster the workforce is woefully lacking.

How Long Are the French Air Traffic Control Strikes?

On September 16, the French Air Traffic Controllers (ATC) went on a 24-hour strike. This led to serious disruptions in travel across Europe, which also had worldwide ramifications. There were cancelations of thousands of flights and disrupted hundreds of thousands of travelers’ plans.

The longest strike was slated for three days from September 28 to 30 in 2022. That would have been a disruption multiple times worse than the single-day strikes that had occurred thus far. Luckily for travelers on those days, the strike was called off after an agreement was met.

HOT TIP
3 Airlines to Avoid If You Plan to Travel Internationally.

How Many Hours a Day Does An Air Traffic Controller Work?

In the U.S., the Federal Aviation Administration (FAA) mandates that an air traffic controller may not work more than 10 hours in a single shift. It also requires that each shift be followed by at least nine hours of rest before beginning another one.

Under perfect working conditions with appropriate staff, an air traffic controller would work five eight-hour shifts per work with at least two full days off.

Air traffic control is also necessary 24 hours a day, seven days a week. So there are shifts around the clock. For instance, shifts can sometimes be from midnight to 8:00 a.m. or 4:00 p.m. to midnight. It’s not your standard 9-to-5 job.

French air traffic controllers are striking, in part, because they are understaffed and working more hours than deemed safe. They also believe that the situation will only worsen over time, as recruitment of new air traffic workers is lagging behind expected retirements.

Why Do Air Traffic Controllers Retire at Age 56?

Air traffic controllers must retire at age 56 because there is a greater risk of memory or hearing loss, a lack of attentiveness, and things like reduced eyesight in individuals as they age.

That said, the 56-year age limit is for people actively controlling traffic. If a 56-year-old air traffic control worker isn’t ready to retire, there are other positions they can transition to, such as management or desk jobs.

Air traffic controllers, in the way we now know them, will someday become obsolete, but they won’t entirely disappear. There are facets of the job that require human intelligence to make decisions that machines are not ready to grasp.

However, many aspects of the airline industry and air traffic control will increasingly become facilitated by newer, more efficient equipment. For instance, airports will eventually upgrade the radar systems to more efficient technologies, and robots will also fill some roles humans used to manage.

There will still be nuanced decisions that require human intellect and interpretation that machines can’t yet facilitate. But there will likely be far fewer humans needed to do all the functions that air traffic controllers do today.

Why Are Air Traffic Controllers Paid So Much?

The prime reason is that it’s a stressful job with a lot of responsibility. Air traffic controllers constantly make decisions that affect the safety of airplane crews and their passengers.

We’re not talking minimal decisions here. Many are literally life-and-death decisions. A lot of training goes into becoming an air traffic controller. Much of it revolves around critical decision-making, and safety is always at the job’s core.

In addition to the stress of the job, air traffic controllers also frequently work a varied schedule that can see them working nights, weekends, and holidays.

Where Can You Keep Tabs on the French Air Traffic Controllers Strike?

French air traffic controllers were unhappy with their working conditions, wages, and prospects in the field. Those are all things that needed addressing. The staged strikes appear to have made it clear to the supervisory board how critical their jobs are and why improved working conditions need to be met.

These strikes have been a significant disruptor to world travelers, particularly across Europe. As they continue in other parts of Europe, and potentially get lengthier, they will have a tremendous impact on travel that could have greater global implications.

So, where do you keep tabs on the French air traffic controllers’ strike and others? Aside from learning all about it here, the best daily updates come from respected European news outlets. Some of the most reliable sources include the Euronews travel section, the BBC, Reuters, and Airport Technology, an airline industry news outlet. 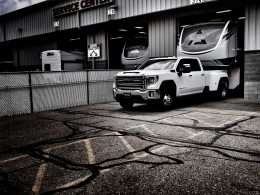 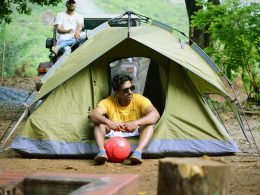 What Are Typical KOA Prices?

Whether you’re new to RVing or not, you’ve likely heard of Kampgrounds of America. They’re more widely known…
1 share
1
0
0 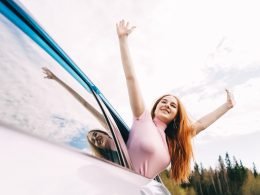 Who Is RV Inspiration? 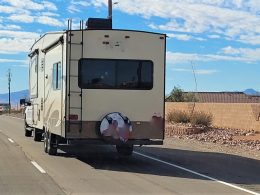 Fifth Wheel Versus Travel Trailer: Which Is Best?

Two of the most common RVs in the industry are fifth wheels and travel trailers. They’re both distinct…