Home Blog Remember the 2010 Campervan Challenge? It Was Ridiculous
View on YouTube

Remember the 2010 Campervan Challenge? It Was Ridiculous

Have you ever been frustrated by the craftsmanship of your RV and thought, “I could do better?” Creating a vehicle that’s functional, comfortable, and road-worthy isn’t easy. The hosts of the British television show Top Gear discovered that in 2010 when they attempted their Campervan Challenge. Let’s see how it went!

What Was the 2010 Campervan Challenge?

Top Gear hosts often face off in automotive-related challenges. In series 15, episode 4, the hosts had to build the coolest motorhome possible. It had to contain a kitchen and working toilet. It also had to be legal to drive on British roads. They tested their newly constructed motorhomes by taking them on a 215-mile road trip.

The campervans had to withstand the road and unpredictable conditions during the trip. The hosts also faced additional challenges such as preparing a meal and taking their rigs to the beach. They even had to change into wetsuits inside their RVs!

These challenges tested the practicality of the motorhomes. As any RVer can attest to, a beautiful RV that isn’t functional is a useless RV.

Purpose of the Challenge

This Top Gear challenge, and many others, cast a wide net in terms of viewership for the show. Plus, in each challenge, the hosts got to show off their experience and skills during a friendly competition. You never knew which host would shine from week to week, which kept viewers tuning in.

The Cars in the BBC Top Gear Campervan Challenge Were Ridiculous

The three hosts, Richard, Jeremy, and James, all joined in on this challenge. Let’s look at each of their builds and see how they measured up.

Richard used an old Land Rover for the base of his build. Then he built a house on wheels inside and out.

When Richard hit the road, he and his campervan encountered some serious structural issues. The walls began to collapse, and his truck’s heater didn’t work. He had plenty of room to change into a wetsuit, but his motorhome also suffered in the high winds.

Jeremy stacked a three-story structure on the rear of a Citroen CX Break for his build. Nicknamed the Leaning Tower of Citroen, it faced steep structural issues. For example, it could not fit under a fuel station’s canopy. Jeremy even removed windows to help with the aerodynamics.

While Jeremy left to grab ice cream from a local shop, his competitors moved his motorhome next to a cliff. With its handbrake off, it plunged off the cliff, shattering on the way down.

James utilized a 1987 Lotus Excel with a rocket-shaped roof box stacked on top. This unique design proved structurally sound on the road. However, James discovered during the trip that he’d covered his gas tank fill. He also found the tight space less than ideal for changing into his wetsuit.

Despite the issues, James’ motorhome appeared the most successful of the three.

It’s Not Practical to Build Living Quarters on Cars

Cars do not provide ideal support for considerable amounts of weight, especially living quarters. Having too much weight on a vehicle’s frame can cause handling or steering problems. None of these builds resembled true campervans or conversion vans.

How the Campervan Challenge Differs from Today’s Vanlife Trend

One of the fastest-growing trends in RVing is conversion vans. Campers love the flexibility and stability. Best of all, they’re nothing like the disasters created by the Top Gear hosts.

Vans used for vanlife are designed and engineered for luxury living. You can find all the amenities of a home without worrying that your van will fall apart on the road. If we can learn anything from the Top Gear builds, it’s the importance of vehicles actually designed for vanlife.

Were the Cars in the Campervan Challenge the Craziest Campers Ever Built?

While Top Gear produced some crazy vehicles, even stranger ones do exist. This list of the Top 20 Weirdest RVs in the World will leave you scratching your head. Which one is your favorite?

Top Gear pushed the boundaries in their motor challenges. That’s why only professionals should attempt these builds.

Luckily, no one got hurt in the challenge, but it could have ended differently. Which vehicle would you use for the base of a campervan? 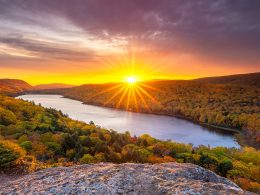 When it’s time for a break from the hustle and bustle of our everyday lives, state parks are… 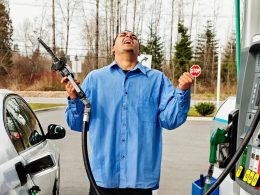 Whether you need a laugh or a good cry, filling up your car’s gas tank lately can provide… 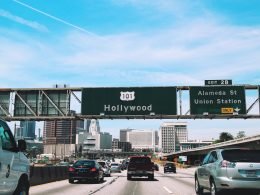 You know him as “The Fresh Prince of Bel-Air,” an action movie star, a comedian, and a rapper.… 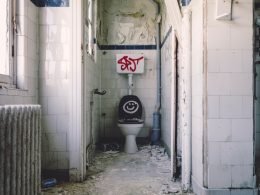 For many people, the water and plumbing requirements of a traditional flush toilet just won’t do. They may…
1 share
1
0
0