You want your rig not only to look clean but smell clean. A few mistakes could cause a rather funky smelling situation in your RV.

What Is a Black Tank Flush?

This is similar to how many RVers fill up their freshwater tanks. However, instead of pumping water into the fresh water tank, it goes directly to the black water tanks.

When the water enters the black water tanks, it will spray the inside of the black tank. This helps rid the black tank of paper and any solid particles stuck inside.

Allow the tank to fill for several minutes and then empty it. You can repeat this process several times until you’re only seeing water and no solid particles or discoloration in the water.

You’ve Got to Flush Every Time You Dump

You should flush your tank every time you dump. It may not be convenient, but it can help avoid potential issues.

By flushing your tank, you’re eliminating any unsanitary remnants that may have been left behind while flushing. If you don’t flush, these particles could begin to emit a rather foul-smelling odor into your RV.

Flushing your tanks also helps avoid the potential for clogs in your sewer system. When paper and solids are left behind, especially after all the liquids are flushed out, it increases the chances of them fusing.

When these items join together and form clumps, they have the potential to block your sewer drain valve. If this does occur, it can be rather difficult and frustrating to clear them.

Do All RVs Have a Black Tank Flush?

Not all RVs come with a black tank flush. Many manufacturers recognize their convenience and include them in their designs. It may be more inconvenient and take more time, but you can still flush your black tanks even if you don’t have a black tank flush connection.

After dumping your tanks, allow your toilets to run to dump water into your black tank. This can take several minutes but is relatively easy to do. After several minutes of filling your tanks, you can then go out and pull the lever to dump. You’ll want to do this several times to ensure you get a good cleaning.

Many RVers will also partially fill their black tanks with water before traveling. This allows the water to slosh around the tank and get any particles clinging to the inside of the tank. If you give this a try, you’ll want to dump your tanks upon arriving at your next destination.

Does a Black Tank Flush Really Make a Big Difference?

A black tank flush makes a tremendous difference in cleaning your black tanks. It’s common to completely dump your tanks until there’s nothing left to drain, but once you start running water through the black tank flush, a large amount of gunk starts to flow.

It will only take experiencing this rush of additional black tank material once to convince you to flush your tanks often. It’s never good to let sewer particles sit in your black tanks for long. That could be a messy situation for both you and your RV.

The Consequences of Skipping the Black Tank Flush

Many RVers rely on their black tank sensors as a way to keep an eye on when they need to dump their tanks. However, particles and other debris can stick to these sensors by not flushing your tanks. You’ll typically get very inconsistent and inaccurate readings on your tank sensors when this occurs.

By skipping the black tank flush, you’re also risking clogs in your sewer system. This occurs when paper remnants and other solids mix and create a thick material. If left to sit, this material will dry out and harden.

It can even block the sewer drain, making it very difficult to dump your tanks. You can remedy this by using RV-safe chemicals, but the most serious situations require hiring a professional.

Your black tank is an integral component of your RV. You want to do everything you can to minimize the risk of failure, especially if you enjoy using your RV in locations where there’s no access to a restroom. You can help prevent many common failures that lead to significant issues with an RV’s black tank by regularly flushing your tank.

How often do you flush your RV’s black tank?

5 Red Flags That RV Living Is Hurting Your Relationship 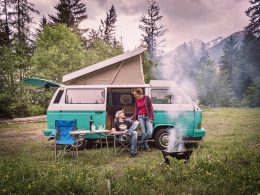 Who Is Embracing Detours? 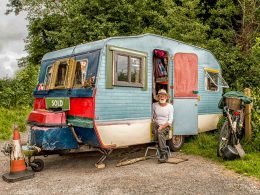 Is It Possible to Buy an RV Camper for Less Than $500?

Who doesn’t like a great deal? RVs have been in high demand recently, and their prices have risen… 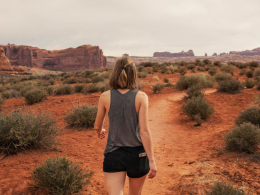 5 Iconic Photo Ops in Utah for the ‘Gram’

Everyone wants to capture that perfect photo. Whether it’s to create a memorable piece of art or boost… 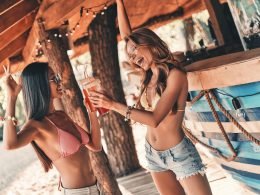 Is the Rubber Tramp Rendezvous Trashy?

Is the Rubber Tramp Rendezvous Trashy?  A two-week-long gathering of nomadic people and vehicle-dwellers in the desert: Is…