Home Blog Does Warren Buffett Own an RV Company?
View on YouTube

Does Warren Buffett Own an RV Company?

Warren Buffet makes headlines for a lot of reasons, but rarely any related to RVs. So why are we talking about him now?

Well, there’s a chance he owns the company that manufactured your RV. Curious to find out more? Keep reading to learn more about Warren Buffett and which RV company he owns.

Who Is Warren Buffett?

Warren Buffet is an American businessman, son of a congressman, and one of the most successful investors in the world.

He’s the CEO of Berkshire Hathaway and the “Oracle of Omaha.” Warren first bought stock when he was 11 years old and first filed taxes at age 13.

Warren launched the Giving Pledge with Bill Gates in 2010. It’s an effort to ask billionaires to donate at least half of their wealth to charity. Warren committed to donating more than 99% of this wealth and has given more than $45 billion to charitable causes, including the Gates Foundation.

What Is Berkshire Hathaway?

Warren Buffet is the CEO of Berkshire Hathaway, which is a multinational holding company. It owns more than 60 companies and has considerable investments in various companies. The parent company’s businesses include Geico, Fruit of the Loom, Duracell, Dairy Queen, and Forest River RV.

What Is a Holding Company?

A holding company, like Berkshire Hathaway, is a parent business entity. The company is typically a corporation or LLC.

It doesn’t manufacture or sell products or services. Instead, the holding company exists to hold the controlling stock or membership interests in other companies.

Peter Liegl started Forest River in 1996. Since then, the RV company has grown to become one of the largest RV manufacturers in North America.

When Warren purchased Forest River, he told Forbes, “We are very excited about the growth prospects of Forest River. Pete Liegl and his strong management team have built a remarkably successful company that is well-positioned for further growth.”

Forest River Even Has a Luxury Berkshire Motorhome

Forest River manufactures the luxury Berkshire class A motorhomes. They come equipped with sophisticated decor, hardwoods throughout, and immaculate attention to detail that makes them high-end coaches. There are only three floor plans for this RV.

Their pontoon boats fall under the brands Berkshire, South Bay, and Trifecta. Rockport Commercial Vehicles is their commercial truck brand.

How Many Brands Does Forest River Produce?

Whether or not it’s concerning that holding companies own RV companies is a great question. Certainly, the larger the company, the more room for error in things that matter most to the consumer, like quality control.

It’s not a secret that quality control has suffered in the big RV boom of the last couple of years. RVs are moving through the factories in droves and arriving at dealers with parts missing and other issues.

So perhaps the better question is what’s driving an RV company owned by a prominent investment firm. Are they motivated by the bottom line or by customer satisfaction and safety?

Smaller RV manufacturers can have a better grasp on quality control. They’re also more likely to offer customizations, and some provide a factory-direct experience.

But there are pros and cons to both types of companies. One of the benefits of a larger business like Forest River is that it can keep the price of RVs down. Where do you fall on this issue?

How to Lose Friends at the Campground 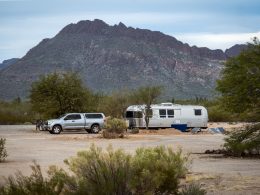 Times have certainly changed from the Volkswagen camper van and the Boler travel trailer of the 1970s. RVers…
1 share
1
0
0 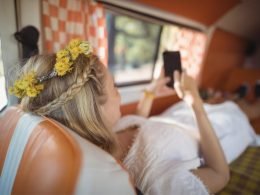 Your Favorite RV Apps Are All Owned by Thor, and They Are for Sale 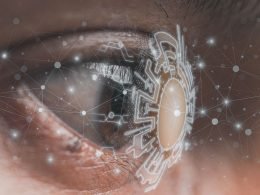 Are RVs Becoming Too Technologically Advanced?

Technology is constantly advancing in many industries, including RVs. Manufacturers work tirelessly to outdo their competition and provide… 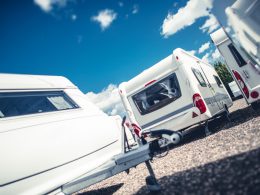 The RV industry has seen enormous growth in recent years, with 2021 taking the prize for “Most Sales…
8 shares
8
0
0