If you’re a van lifer, you know about Kombi Life. You probably subscribe to his YouTube channel and follow his social media posts. If you’re not familiar with him, he’s a wildly popular influencer who lives and travels in a 1973 Volkswagen Kombi.

In the last few months, Kombi Life has put out a video introducing the world to his new girlfriend. As a YouTube influencer, it can be quite difficult to manage a personal life versus a public one.

After his break-up with his former girlfriend, Leah, Kombi Life traveled solo for about a year. But in December 2021, the Kombi Crew met Faith.

For the past 10 years, Ben, aka Kombi Life, has traveled all over the world in his Volkswagen Kombi. He has a very successful YouTube channel that chronicles his travels and also chronicles his adventures on his Facebook page, Instagram account, and podcast.

Kombi Life has been to places like Colombia, El Salvador, and Alaska. Ben documents this experience in “Hasta Alaska – A Pan-American Adventure Travel Series” on his YouTube channel. This five-year overland expedition from Chile to Alaska has some pretty insane adventures and experiences.

In addition to these countries, Kombi Life has also explored Africa, Europe, Canada, and Australia. He also has a series about the van life, including tips and advice about this lifestyle.

Who Are the New Kombi Life Companions?

They joined Ben and his dog, Alaska, for a weekend in the United Kingdom. This was actually Ben’s first time traveling about his home island of Jersey.

It was quite a big deal as Ben had been traveling solo for a year. His last relationship with his former girlfriend had also been very serious as they were planning on getting married. So introducing Faith and George to the Kombi Crew was a bit unexpected.

However, it was an important next step for him. After this trial run, Ben reflected on whether or not traveling around as a group of four is possible.

How Long Has Kombi Life Been Traveling Solo?

At the end of 2020, Leah, Ben’s former girlfriend who had been traveling with Kombi Life for years, got a one-way ticket back to her home country of Australia. Although they had planned on getting married, their relationship just didn’t work out.

Ben posted the video explanation of their break-up on August 2021. It was heartbreaking and painful. However, many subscribers and supporters were asking about Leah’s whereabouts, so Ben felt it was owed to them to give a brief explanation. So for 2021, Kombi Life traveled solo.

Where Did Kombi Life Travel With Their New Partner?

With Ben and Alaska’s help, George learned how to swim for the first time during their adventure in Jersey. The foursome explored different areas of the island, including Le Couperon Dolmen, a neolithic dolmen from around 3,250 BC, and the small fishing port of Rozel.

Breakfast was cooked over a fire, and Ben and Faith scoured the shoreline for dinner. Ben explained how he enjoys eating wild food like berries and seafood on his travels.

The foursome got along well in this trial run, and Faith and George seemed to enjoy their first van life adventure (even if it was only for a weekend).

Are Faith and George Joining Kombi Life for the Long Term?

Faith and George have agreed to go on a 3,000-mile road trip with Kombi Life. Ben explained that the journey will include stunning locations but extremely hot places. When doing the van life, adventure can be both good and bad

On this journey, Faith and George will experience both for the first time. It will certainly be a challenging introduction to van life. Will they enjoy the nomadic lifestyle after this adventure?

Will Faith Be in Future Kombi Life Videos?

You can plan on seeing Faith and George in future Kombi Life videos as they join Ben and Alaska on this long road trip. After that, who knows where the relationship will lead?

But we can be sure that the foursome will experience a broken-down vehicle, high temperatures, stunning landscapes, and wild foods on this epic adventure.

Do you think Faith and George will enjoy the 3,000-mile adventure? Will they even stick around for its entirety?

Famous YouTuber Has Insurance Canceled Due to Van Life 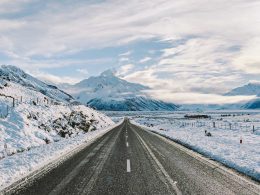 Have you ever dreamt of traveling to the Arctic Ocean? If so, you’re definitely not alone, and Chad…
1 share
1
0
0 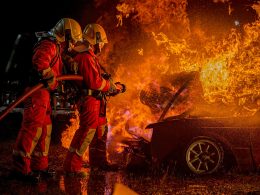 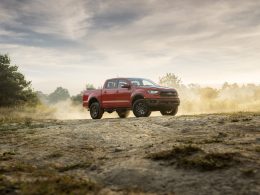 Leave it to Ford Motor Company to break all the towing barriers. Widely known for their distinguished design…
1 share
1
0
0 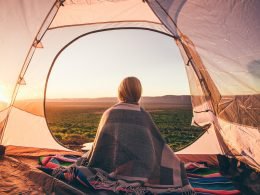 Why Tent Campers Hate RVers After a long week at work, you’ve finally arrived at your weekend camping…
23 shares
22
0
1