Many of us grew up loving a certain honey-loving yellow-furred bear with a host of friends living in the woods. However, if you encounter a bear in the wild, don’t be surprised if they aren’t nearly as friendly, even if you offer them a jar full of honey. Knowing how to respond during an encounter with a bear can save your life.

Today, we’re sharing some things you can do to (probably) survive a bear attack. Let’s dive in.

How Likely Will a Bear Attack You?

Bear attacks are rare, but they do occur. If you come across a bear, they’ll often give several warning signs before they attack.

Most bears, like you, want to avoid an encounter when possible. However, they’ll attack when curious or trying to defend themselves or their cubs.

Approximately 11 people are killed by bears each year. However, within Yosemite National Park, officials have seen a decline in bear attacks. The park sees more than 4.4-million visitors and around 20 human-bear incidents.

Which Bear Kills the Most Humans?

In a typical year, 11 people die from bear attacks. It’s not nearly as common as you might think. Black bears have accounted for approximately 61 deaths since 1900. However, grizzlies killed 24 people between 2000 and 2015.

Grizzly bears have a shorter temper and tolerance for humans than most other types of bears. This leads to many more dangerous and deadly encounters.

Grizzlies are enormous and powerful creatures. Nothing will stop them if they feel threatened or you get between a mom and her cubs. You want to avoid any potential close encounters with these beasts.

Is It Possible to Survive a Bear Attack?

Luckily, not all bear attacks are deadly. No two encounters or attacks are the same, but bears will typically behave in consistent manners.

If you notice a bear becoming aggressive or agitated, it’s likely trying to scare and intimidate you. How you conduct yourself at the beginning of the encounter will greatly determine the outcome.

Once a bear attacks you, how you respond will determine whether you survive. It’s possible to survive a bear attack, but only if you do a few key things.

What to Do If You’re Attacked By a Bear?

What to do if a bear attacks you depends on the species. Black bears are typically skittish but mean business if they charge you.

You should fight back and be as aggressive as possible to attempt to intimidate them. Use rocks and branches, and if in a group, spread out to appear as large as possible to the bear. Defending yourself from a black bear will be your best chance to survive.

However, fighting back will likely only worsen the situation if you encounter a grizzly or brown bear. They won’t get intimidated by you or your attempts to scare them away.

First, be as still as possible and refrain from making any noise. You want to do everything you can to convince the bear you aren’t a threat to them or any of their cubs.

The best way to do this is to play dead until the bears leave the scene. It’s a good idea to wait several minutes until after the bear has gone before you stop playing dead.

However, if a grizzly or brown bear doesn’t stop attacking, your only chance of surviving will be to fight with everything you have. Use any weapons within reach, but be aware that even a gun could take multiple shots to diffuse the situation.

Which Bear Do You Play Dead?

You should play dead if you encounter grizzly or brown bears. Use your hands and arms to cover sensitive areas like your head and neck. While playing dead, wear your backpack as you’d rather the bear rip away at your bag than your flesh.

Some grizzly and brown bears have remained close to the scene of the attack for a considerable amount of time afterward. It may be hard to do, but waiting in a still position for a while after the attack before you stop playing dead is wise.

Can You Outrun a Bear?

Attempting to outrun a bear is one of the worst things you can do. Bears have a tremendous biological advantage when it comes to running.

Many bears in the United States can run over 30 miles per hour. No matter when you last stepped on a treadmill or went for a jog, you have zero chance of outrunning a bear.

Famous Jamaican sprinter Usain Bolt broke the 100-meter dash world record in 2009 and ran 23.35 miles per hour. So even one of the world’s elite sprinters would struggle to avoid getting chased down by an angry bear.

Running from a bear will likely ignite the hunting or predatory instincts in the animal. The bear may not have planned to attack, but your running may cause a natural built-in reaction.

Bear spray is an essential piece of gear if planning to camp or hike in bear country. When used correctly, bear spray can be a very effective way to de-escalate a situation. Keep it in an easy-to-reach location and know when and how to spray it.

Bear sprays aren’t infinite, and you’ll only have a limited amount to use during an encounter. First, be mindful of the wind direction. Spraying bear spray into the wind will reduce the distance the spray will travel and blow back into you and anyone around you.

If you use bear spray too early, you could aggravate the bear and worsen the situation. You should only use bear spray when the animal is aggressively charging you and within 40 to 60 feet. Remember, once you use your bear spray, you’ll have none left. Thus, you only have one chance to use it.

What Are Bears Afraid Of?

While you may be afraid of bears, they’re just as afraid of you. They typically want to avoid most encounters with humans.

They’ll often flee the scene if they hear voices or other noises. For this reason, you should stay in a group when hiking or adventuring in bear country.

Adventuring as a group typically means having conversations and making enough noise to avoid surprising a bear. Some hikers will attach bear bells to their backpacks, making noise as they hike. These bells will alert animals of your presence, likely causing them to flee.

However, in the unlikely case that they think it’s a dinner bell, you should always make sure you and everyone in your group have bear spray. Take the proper precautions to protect yourselves and be bear-aware.

What Time of Year Are Bears Most Aggressive?

Bear sightings are more common during September and October as they prepare for winter. However, just because they’re most active doesn’t necessarily make them more aggressive.

Most fatal attacks occur during July and August. This is largely due to increased visitors on trails in the summer. And not all hikers and tourists take the proper precautions.

Two recent stories in Great Smoky Mountains National Park and Grand Teton National Park reveal how some tourists treat bears. Many tourists forget that the fluffy and cuddly-looking animals are dangerous wildlife. If you don’t treat them respectfully, it doesn’t matter what time of year it is.

Should You Be Afraid of Bears?

Like any other wildlife, bears are unpredictable creatures that can be dangerous. If you treat them with respect and give them the distance they deserve, you shouldn’t need to be fearful of them

Always take the proper precautions when spending time in bear country to increase your safety. It’s also a good idea to educate everyone in your group regarding bear-safe practices, so you can have a safe and epic adventure. You can respect and appreciate bears without fear if you remain bear-aware. 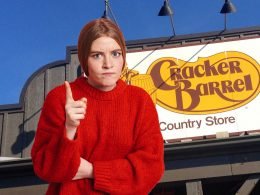 Trashed: How You Can Ruin Cracker Barrel Camping

While you’ll find delicious foods and friendly service at most Cracker Barrel locations, you won’t find what nomads… 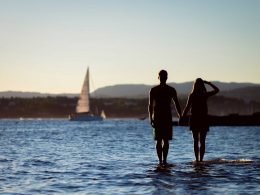 Sailing Uma Is No Longer a Sailing Channel

Since 2015, Sailing Uma has released over 300 YouTube videos about travel and adventure worldwide. Dan and Kika,…
11 shares
11
0
0 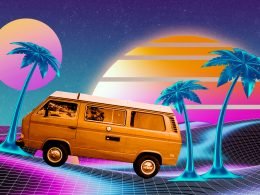 If your kids have complaints about the family RV today, have them imagine what it was like to… 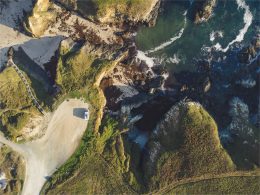 Is RVing Contributing to Global Warming?

For many, one of the most urgent issues of our time is global warming. Scientists say rising temperatures…
9 shares
9
0
0