Leave it to Ford Motor Company to break all the towing barriers. Widely known for their distinguished design and reliably built vehicles, it’s no surprise they have created a monster of a machine. With the Ford Ranger’s capability incomparable to any other in its class, let’s take a closer look at what makes this truck so unbelievable.

This Euro-Spec Ford Ranger Pulled 44,000 Pounds of Camper Trailers All At Once

In a recent video promotion stunt, Ford Europe demonstrated the Euro-spec Ford Ranger doing just that – in the form of 15 camper trailers!

The video, titled “The New Ford Ranger. Tow whatever the hell you want!”, opens with clever film angles that hide exactly what’s going on. A Ford Ranger towing a camper is driving down the road, when suddenly an Audi sedan comes up behind it.

(Those with a keen eye will notice that the camper shown being towed directly behind the Ford Ranger is not the same as the one the Audi is sitting behind!)

In typical sports-car-behind-and-RV fashion, the Audi wants to pass. It honks and tries to peer around the camper to pass, but the road is windy and it can’t see far enough to make it safely. Then, the driver of the Ford Ranger waves to the Audi that it is safe to pass.

The Audi starts to pass…and then we’re shown what’s going on!

Now, any viewer will notice the multitude of warnings, disclaimers, and blatant discouragement of attempting anything like this on your own.

The opening warning puts it plainly: “Don’t even think about it.”

As the end screen states, you can pull “3.5 tonnes of whatever the hell you want.” That equals 7,716.18 pounds – about one-fifth of the 44,000 pounds that the Ranger is shown hauling in the stunt video.

The purpose of the video is to “wow” and to exhibit the towing capability of the Ford Ranger. Keep in mind there is a drastic difference between moving the weight versus towing the weight safely and responsibly.

Pulling more than five times the towing capacity is made possible by alleviating some obvious weight tension. The campers used in the video were built using steel framing and installing tow bars on both ends of the rig.

Aside from the impressive amount of weight, we should also mention the unprecedented length. Imagine the adrenaline rush you would get if you could pull over 300 feet of trailer. With an abundance of caution, Ford filmed this stunt with professional drivers in a private enclosed area.

Regardless, it is an impressive feat and a really fun watch – especially for us camper and truck enthusiasts!

About the US Ford Ranger

Introduced in 1983, the Ford Ranger was produced as one of the highest-selling vehicles in its class for 29 years. As a decrease in popularity among compact trucks, production was halted, and the final Ranger was released on December 22, 2011.

Fast forward to the year 2019, and Ford brought back the Ranger as a mid-size pickup on October 22, 2018, to answer the consumer demand after a brief hiatus. Back better than ever, the current version offers two options with a 127-inch wheelbase and either a six-foot bed, the SuperCab, or a five-foot bed, also known as the SuperCrew.

Today’s Ford Ranger has an MSRP starting at $24,820; the US Ford Ranger is your go-to vehicle for any outdoor excursion. Offering decent gas mileage at 21 mpg/city and 26 mpg/highway with an available Tremor Off-Road Package, this truck is sure to deliver a high level of performance and durability.

Built solid with a steel frame and high-powered gas engine, the Ford Ranger is ready for your next adventure. But only tow one camper at a time, please!

As a reminder, the tow rating is the amount of weight the truck is rated to pull. The payload capacity is how much cargo the truck can haul, such as people and items in the bed, etc. It’s important to keep in mind the difference.

The towing and payload capacity for the Ford Ranger is more than suitable for hauling all of your precious cargo. This dependable truck has an up to 3.5 ton/7,500-pound tow rating along with a maximum payload of 1,860 pounds.

Is the Ford Ranger a Good Towing Vehicle?

Yes, the Ford Ranger is a decent truck for towing – as long as you stay within the aforementioned ratings. With 7,500 pounds, this opens up quite a bit of towing capability, whether you’re talking about a mid-size boat or travel trailer.

Compared to other mid-sized trucks, the Ford Ranger does pretty well in towing capacity. The max standard towing capacities of competitors Chevy Colorado and Toyota Tacoma are 7,000lbs and 6,800lbs, respectively. The Ford Ranger has a 2.3-liter EcoBoost turbocharged four-cylinder and a 10-speed automatic transmission with a tow/haul mode.

The tow/haul mode changes the shifting patterns of the truck to rev higher and eliminate excessive shifting, which keeps the transmission cooler and improves overall fuel economy. This mode also provides engine braking, which is extremely helpful for going downhill with a trailer.

The Ford Ranger has been dinged for inferior ride quality and handling compared to some competitors, and this can impact your overall towing experience.

Why The Ford Ranger Is Such A Popular Truck

Compared to the specs of a Chevrolet Colorado, with a towing capacity of 7,000 pounds, the Ford Ranger outranks many of its competitors in the same class.

According to U.S. News and World Report, the Ford Ranger ranks #2 out of 6 for compact pickup trucks.

Comfort, reliability, and first-class design keep this truck at the top of many consumers’ lists. Easily manageable and tremendously powerful, it’s understandable why it’s such a highly desirable truck. Also worth mentioning is the above-average gas mileage not often found on many of today’s truck models.

Should You Try To Max Out Your Ford Rangers Towing Capacity?

Although the Ford Ranger may be capable of towing 15 trailers in a controlled test track with professional drivers, real-world situations obviously need to be a consideration for your vehicle’s towing capacity.

It would be best if you did not attempt to max out your Ford Ranger’s towing capacity. Endangering yourself and other travelers on the road is never recommended. Pushing your vehicle’s limits is irresponsible and can most often result in damage that may sometimes be irreparable.

What Kind Of Campers Can You Pull with the Ford Ranger?

If you own a small fifth wheel or a teardrop camper, the Ford Ranger might have you covered.

There are several small fifth wheels on the market with weights below 7,500lbs. An example of a small fifth wheel is The Scamp, a 19 foot RV that can accommodate six people. This fifth wheel weighs in at 3,500 lb GVWR, well within the limits of the Ranger with plenty of capacity for cargo!

Travel trailers are more popular than ever and come in a variety of shapes and sizes. Many of them have weights under 7,500lbs.

The teardrop is also easily towable by the Ford Ranger. On average, the weight range for this RV type is 520-2,000 pounds.

Although the sheer sight and intrigue that towing 15 trailers can bring, it’s best to resist that urge.

Ford performed this stunt in a structured setting with an ample number of highly trained professionals on-site. Although Ford can demonstrate the Ranger’s extraordinary towing power, those capabilities are not the intended use.

The Ford Ranger is no doubt a leader among its competitors, and for that reason, we suspect it will remain that way for many years to come.

"Nomadland" Portrays The Dark Side of RV Life 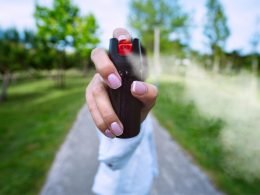 Staying safe while RVing is important. Part of maximizing your safety is knowing how to use safety equipment…
8 shares
8
0
0 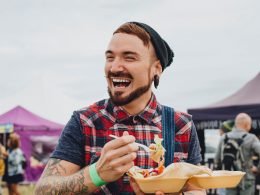 Most people visit Hot Springs, Arkansas, to visit the National Park and Bathhouse Row. While you’re there, though,…
12 shares
9
0
3 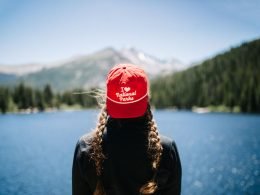 Are you planning a trip to the Great Smoky Mountains? We found a back door entrance into Great… 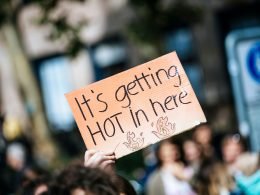 How Will Climate Change Affect the Future of Travel and Tourism?

Climate change is the topic of the day. Turn on any news channel, and you’ll hear a story…
5 shares
5
0
0