As more people get into RVing in recent years, dealerships are selling like never before. RVs are flying off the lots faster than manufacturers can produce them. How has this environment affected some of the biggest players in the RV industry?

Let’s take a look at the salaries of CEOs for some of the largest companies in the RV industry.

How Many Millions of Dollars Do These CEOs Bring Home?

Every ship needs a captain. These CEOs carry the burden of directing massive companies, but how handsomely are they rewarded?

LCI Industries produces an incredible amount of components for the recreation and transportation markets. These include parts for RVs, buses, trailers, trucks, boats, trains, and even manufactured homes. If you own any of the above, there’s a good chance there’s an LCI product somewhere on it.

We’ve all seen Airstream RVs in campgrounds or on the highway. Airstream RVs tend to grab attention with their mixture of style and luxury.

Wheeler’s salary isn’t listed, but with a recorded revenue of $90.56 million in 2018 and likely more in the last two years, you can bet his net worth is in the millions. The company suspected 2020 might be a good year for them, but it turned out even better than they hoped.

Have These CEOs Cut Their Salaries During COVID-19?

During the pandemic, many CEOs and executives in the RV industry initially froze their salaries and bonuses. Of course, few of them probably expected the sales boom that then hit the industry.

Once the dust settled, many companies returned to typical pay structures. Some even rewarded their CEOs and executives after having their most successful years to date. This year may prove challenging as they try to navigate supply shortages, however.

Leading a large company is a challenging task in any year, but 2020 brought extra difficulties. These CEOs directed their organizations through one of the most trying times in history. Are you shocked to learn how much they earn? 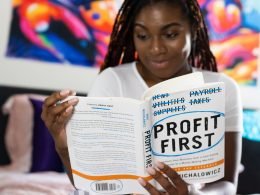 Sell Your RV and Take the Profit Before the Trend Dies

If you haven’t heard, the RV industry is booming, and suppliers are struggling to keep up with the…
2 shares
1
0
1 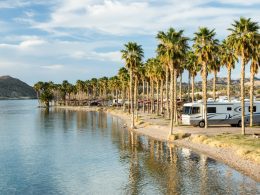 It’s exciting that RVing has become trendy, and many people are getting to enjoy the great outdoors. However,…
1 share
1
0
0 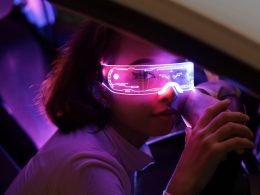 Is There a Self-Driving RV Yet?

Do you love your RV but hate hauling it around? Whether you’re navigating city traffic in a massive…
13 shares
13
0
0 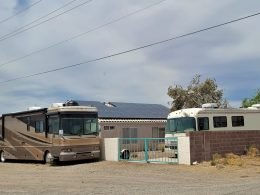 The recent boom in RV sales is causing campgrounds to fill up quickly. RVers are looking to RV…