Home Blog Who Is the CEO of Camping World?
View on YouTube

Who Is the CEO of Camping World?

One of the biggest companies in the recreational vehicle industry is creating its own “world” where camping and outdoor lifestyle products take center stage. Camping World, with its plethora of businesses that once specialized only in RV sales, has created a universe.

Customers can now find everything needed to enjoy recreational living, travel, and play under one moniker. Let’s look at the extensive world of Camping World and its leadership.

What Is Camping World?

Camping World is well-known across the United States as a large corporation that specializes in the sales of recreational vehicles, parts, and service. It has over 180 locations in all but two states.

The company was actually founded in 1966 by David Garvin, the son of an amusement park owner who opened a store to supply park campers with the supplies they needed. Over the years, Garvin was instrumental in growing his business a great deal, gathering a huge customer list.

This paid off when he sold the company to Good Sam Enterprises in 1997.

In 2016, Camping World went public, offering 11.4 million shares priced at $22 each. This cash infusion has enabled the company to partner with electric truck manufacturer Lordstown Motors. They are currently designing an all-electric motorhome.

Today, Camping World is the parent corporation to not only Good Sam Enterprises, but Gander Outdoors and Overton, as well.

Who Is Camping World Owned By?

Crestview Partners (a private equity firm) and Marcus Lemonis own Camping World. But in 2016, it became a publicly-traded company, selling shares at $22 each during its initial offering and raising over $251 million. This valued the company at over $2 billion.

Who Is the CEO of Camping World?

Businessman and philanthropist Marcus Lemonis is the CEO and chairman of Camping World. After starting his own RV sales company called FreedomRoads, Lemonis eventually merged that company with Camping World.

The parent company is called Camping World Holdings. It defines itself as “the world’s largest network of RV and outdoor lifestyle-centric locations.”

With brands like the Good Sam Club, Camping World, Gander Outdoors, and The House Boardshop, they are well on their way to dominating the outdoor recreation world.

Born in Beirut, Lebanon during the Lebanese Civil War, Marcus Lemonis was initially named Ricardo. Sadly, he was abandoned as an infant at an orphanage, just four days after birth.

But a couple from Miami, Florida, who were Lebanese and Greek, soon adopted him, choosing to raise him in the US. Marcus was an early entrepreneur, with a lawn business at age 12 and a candy business soon after.

After graduating from Marquette, where he studied Economics, Political Science, and Criminology, Lemonis began working at his grandfather’s automotive dealership. It was then that family friend Lee Iacocca suggested the young man should look into the RV industry.

Marcus definitely had the knack for business and worked his way up at Camping World, eventually becoming the CEO and chairman. He now heads the entire Camping World Holdings Corporation that includes flagship Camping World, Good Sam Enterprises, Gander Outdoors, and Overton’s.

He is well-known for his television series, “The Profit,” where he invests in and coaches small business owners who struggle to grow their companies. And in 2022, Lemonis will be working with homeowners on “The Renovator,” helping them update homes that no longer meet their changing needs.

How Much Is Marcus Lemonis Worth?

According to Wealthy Gorilla, Marcus Lemonis has a net worth of over $500 million in 2022. He has built his outdoor lifestyle businesses from the ground up, starting with an RV business that Lee Iacocca helped him establish called Holiday RV Superstore. He parlayed that into his first RV dealership company, aptly named FreedomRoads.

Eventually merging with Camping World, Lemonis moved up the ladder to CEO and Chairman. Under his tutelage, Camping World Holdings has purchased Good Sam Enterprises and several other recreation industry businesses to increase their share in the market.

As of 2016, Camping World is a publicly-traded company. Marcus Lemonis holds majority ownership at 45.6%.

During the initial public offering in 2016, they sold the original at $22 each. In 2022, the company’s stock price is hovering around $36. It has proved, thus far, to be a wise investment.

What Companies Are Owned by Camping World?

Camping World is a big name in the RV industry. It has subsidiary businesses that market RVs, sell parts, and provide repair services. They also offer outdoor lifestyle products and create membership services.

If you are a camping aficionado, there is every chance you already utilize Camping World’s services somehow. And it appears that there is no slowing down their growth. The near future is bringing all-electric RVs, NASCAR sponsorships, and more business-oriented television shows under the Camping World umbrella.

What did you know about Camping World?

The Summer Of Stationary Nomads 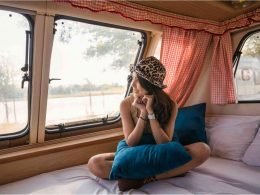 If you saw a massive RV rolling down the highway a decade or two ago, you knew there…
1 share
1
0
0

We’ve created a society that relies on computers for just about every aspect of our lives. When computers… 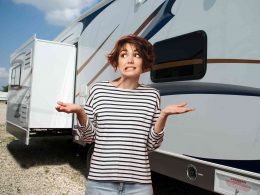 One advantage of being an influencer is getting to partner with large brands. For these partnerships to work… 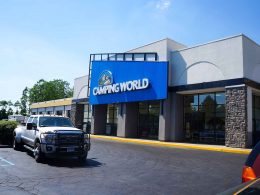 Camping World and Heartland RV Being Sued by Customer

In the RV world, there aren’t many regulations or government interferences. Manufacturers are pretty much on their own…
103 shares
99
0
4