Cahokia: The Prehistoric City in Illinois You Never Knew Existed

If you look up important Native American sites in America, you’ll probably come across notable ones in Montana, Arizona, New Mexico, and Colorado. These certainly have important historical, cultural, and spiritual significance.

But did you know that the largest and most complex pre-Columbian archaeological site north of Mexico is located in Illinois? You don’t have to visit Machu Picchu to see a lost city. There’s one in the heart of the United States called Cahokia.

Who Were the Cahokia Native Americans?

From about 800 to 1600 CE, the Mississippian culture of Native Americans flourished in what is now the Midwest of the United States. Although we have no written records of the Cahokia people, symbols on pottery, wood, stone, and other materials help us understand the complexity of their civilization.

The discovery of the mounds and burial sites also reveals a sophisticated society. Archeologists have determined that the people moved the earth with woven baskets to build mound structures for different purposes.

They come in different distinct shapes. And many had buildings on top, such as temples or religious centers. At others, archeologists found burial sites.

The Europeans named the southwestern Illinois location after the Cahokia Native Americans who lived nearby. But numerous tribes likely moved in and out of this area over the centuries. Scholars don’t believe the Cahokia tribe was part of the mound-building at all.

Unfortunately, with the decline in the Cahokia population due to warfare and disease and the forcible removal of the Native Americans in the early 1800s, the tribe lost its distinct traditions and culture. The remaining tribe members joined the Peoria tribe in Oklahoma.

HOT TIP
Visit these 10 Ancient Stone Circles in the UK that aren’t Stonehenge.

Why Is Cahokia Important?

Cahokia was an important economic and cultural community. Its close proximity to the Mississippi River made it a significant trading post and urban center.

Cahokia was a superpower of the region, trading with tribes from the Great Lakes region to the Gulf.

What Can You See at Cahokia Today?

Cahokia has 80 mounds today, but the original site was much larger. Many archeologists believe about 120 mounds were present during its day.

When you visit the Cahokia Mounds State Historic Site, you can walk miles of nature trails that lead to the dozens of mounds. The nature/culture trail helps explain the Mississippian culture and the history of the archeological sites.

Additionally, the 100-foot Monks Mound is the largest earthwork in North America. You can learn about its significance and what used to sit on top.

What Is the Cahokia Museum and Interpretive Center?

The Cahokia Museum and Interpretive Center details the urban center culture of the ancient city. It showcases the culture of the Mississippian people.

It also has programming to educate visitors about the archaeological processes and research of these people. You can also attend special events hosted here throughout the year.

Is a Visit to Cahokia Mounds State Park Worth It?

In 2017, USA Today named the site one of its “must-see buildings in Illinois.” If you want to learn more about pre-Columbian Native American history, there’s nowhere else in America with such importance. The insight this location has given researchers has opened up a world of history and economic industry that European Americans never imagined.

So the next time you travel along Interstate 55 through southwest Illinois, take a detour and spend a few hours exploring the Cahokia Mounds State Historic Site. What will you discover? 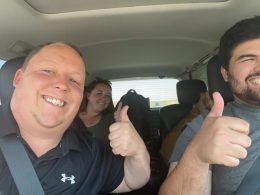 Who Is Matt’s RV Reviews?  If you’ve wandered over to YouTube in your search for more information about… 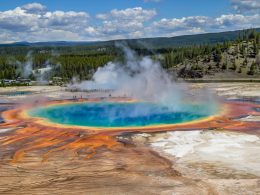 The Worst RV Destinations in 2021

Can You Get Arrested for Dumping RV Gray Water?

Can You Get Arrested for Dumping RV Gray Water? Sometimes when you’re boondocking, you don’t want to break… 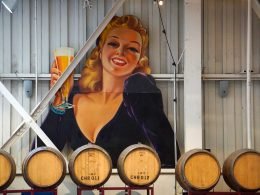 Drink Your Way Through Route 66 (Best Breweries on Road)