Some of the world’s most controversial sculptures and monuments include the Fallen Angel in Spain, the African Renaissance Monument in Senegal, and the Statue of Peace in Uruguay. Even in the United States, we have our fair share of controversy.

The Crazy Horse Monument began in the late 1940s and is still far from complete. But the lack of completion after more than 70 years isn’t the problem. It has to do with culture, religion, and history. Let’s take a closer look!

Who Was Crazy Horse?

Crazy Horse was a war leader of the Ogala tribe, a subgroup of the Lakota Indians. He fought the United States government, opposing the removal of his people in the 1800s. Crazy Horse longed to preserve the sanctity of the Black Hills in South Dakota, a land his people had lived on for centuries.

At the Battle of Little Bighorn, Crazy Horse earned the respect of his own people and his enemies. Throughout his life, many knew him as a brave hero, whether fighting other Native American tribes or white battalions. He was a devoted warrior for the preservation of his people.

What Is Crazy Horse Monument?

The intention of the Crazy Horse Monument was to honor the war hero. After the construction of Mount Rushmore, Lakota chief Henry Standing Bear wrote a letter to Korczak Ziółkowski, a Polish-American sculptor.

The chief wrote, “Let the white man know that the Indians had great heroes, too.” To the Native American people, the four Presidents sculpted into the mountain did not represent heroes. Rather, they were more like symbols of the terrible government that forcibly removed them from their land in the Black Hills.

Where Is Crazy Horse Monument?

The monument is being carved into Thunderhead Mountain, sacred ground to the Native Americans. This location is between Custer and Hill City in the Black Hills of South Dakota. About 17 miles from Mount Rushmore, guests can easily visit both sites on the same day.

Who Began Sculpting the Monument?

As mentioned above, Henry Standing Bear contacted Korczak Ziółkowski via letter to sculpt a memorial to honor Crazy Horse. He was a well-known sculptor who was even hired as a sculptor’s assistant by Gutzon Borglum on the Mount Rushmore project. However, Borglum fired him after he voiced his displeasure about not becoming the lead assistant.

After Henry Standing Bear contacted Ziółkowski, the sculptor started researching and planning the sculpture. However, World War II put his plans on hold as he joined the United States Army.

Finally, in 1948, the first blast occurred on Thunderhead Mountain. Ziółkowski worked on the project until his death in 1982.

Why Was Crazy Horse Monument Started?

Borglum’s son, Lincoln, and his team completed Mount Rushmore in 1941. It took 14 years to carve the faces of George Washington, Thomas Jefferson, Abraham Lincoln, and Theodore Roosevelt. They represent democracy, growth, preservation, and development — some of the most important eras in United States history.

However, they also represent the faces of a government that supported illegal occupation. The Black Hills were a sanctuary — still is a sanctuary — to many Native American peoples.

Even though the Treaty of Fort Laramie gave the land back to the Lakota, the discovery of gold soon meant prospectors. The United States government would force the Native Americans from that land.

So instead of joining the millions of visitors at Mount Rushmore, the Lakota and other tribes sought representation of their own. Crazy Horse was the perfect choice, as he spent his life fighting the cruel and wrongful displacement of his people.

Will Crazy Horse Monument Ever Be Finished?

To date, the head of Crazy Horse is 88 feet tall; his eyes are 17 feet wide. The face came to completion in 1998. The stallion on which Crazy Horse sits should reach a height of 219 feet. Eventually, the monument will be 563 feet high and 641 feet long, honoring the warrior who rides on horseback.

If it’s ever finished, Crazy Horse Monument will be the second-largest monument in the world, behind the Statue of Unity in India which stands at just under 600 feet.

But even after 70 years, the monument is still far from complete. In fact, it’s unknown just when that will happen. It all depends on money.

No government money has gone into the construction of the monument. The Crazy Horse Memorial Foundation is a private organization that has continued fundraising for the project. It has also been fundraising for scholarships for Native American students for decades.

Private donations and the admissions fees to the monument collected by the million visitors who come to Crazy Horse Monument each year fund the continuing endeavors.

How Do the Lakota People Feel About the Monument?

There are mixed feelings about the Crazy Horse Monument among the Lakota people. In 2003, Clayton Quiver shared with Voice of America (VOA), “I work here and I enjoy working here, and I think what is going on here makes me proud.”

However, Elaine Quiver, a descendant of Crazy Horse, feels differently. She explains, “They don’t respect our culture because we didn’t give permission for someone to carve the sacred Black Hills where our burial grounds are… They were there for us to enjoy and they were there for us to pray. But it wasn’t meant to be carved into images, which is very wrong for all of us. The more I think about it, the more it’s a desecration of our Indian culture. Not just Crazy Horse, but all of us.”

Some Lakota people felt there was no proper procedure when Henry Standing Bear petitioned the sculptor. Lakota culture requires consensus from family members on such a decision, but no one bothered to ask the descendants of Crazy Horse if they approved of the project.

Others speak of their displeasure about the amount of money poured into the monument and its lack of completion. There have been millions of dollars raised, but the monument still needs to be completed.

How Much Has the Construction of the Monument Cost?

According to Business Insider, the Crazy Horse Monument Foundation brought in $12.5 million in donations and admission fees in 2018. To put this in perspective, the construction of Mount Rushmore cost less than $1 million. Because it’s a private foundation, it’s unknown how much the monument’s construction costs.

However, if you want to visit the Crazy Horse Monument, plan to pay between $7 to $35, depending on how many people are in the car and what time of year you visit. The fee includes entrance into the three on-site museums and viewing the orientation film.

It also includes access to any scheduled programs, viewing the sculpture from an outdoor viewing area, and the laser light show at dark when in season.

An Honor or an Eyesore? Crazy Horse Monument Continues to Be Controversial

For some Native Americans, the tribune to Crazy Horse is a welcome one. Acknowledging his bravery and humility makes these Lakotas proud.

But on the other end are voices of disgust, people who believe a white family is benefitting from the story of a Native American hero. The Black Hills are sacred, and this giant carving into Thunderhead Mountain is far from respectful.

So, the saga continues. There will probably never be a consensus about the monument, so the question of whether it’s an honor or an eyesore will forever be a debate. The more pressing question is, will they ever finish it?

Cahokia: The Prehistoric City in Illinois You Never Knew Existed 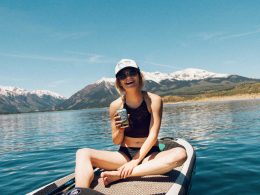 Drink Your Way Along the Million Dollar Highway

Despite what you may think, drinking along the Million Dollar Highway is a terrific way to experience the…
10 shares
6
0
4 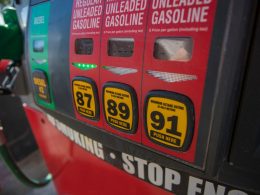 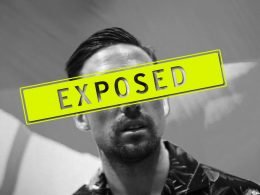 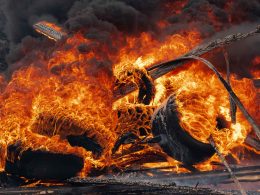 Any fire, let alone an RV fire, can be disastrous. So why in the world would someone set…