What does Halloween mean for you? For us, it just wouldn’t be complete without a scary visit to a haunted house. For others, just the thought of it might make them run screaming.

Just about every community has at least one, and in bigger cities like New Orleans, you’ll find quite a few. To help you complete your Halloween celebration, we’ll tell you about the best ones to visit — if you dare!

We consider these to be the best in New Orleans and its surrounding areas.

What Is a Haunted House?

We’re not talking about a dwelling with actual ghosts (necessarily), though New Orleans may have plenty of those, too. The haunted houses we’ll explore are carefully devised Halloween attractions. These places aim to scare the daylights out of all who enter and usually hire actors.

You can find many types of haunted house experiences. They can range from simple, amateurish attractions at small Halloween carnivals to professional operations with animatronics and high-tech video and sound effects.

Some historians believe this practice started in the U.S. during the 1930s as a harmless diversion aimed at kids. Disneyland took the idea to a grander scale with the opening of its Haunted Mansion in 1969.

In recent years, they’ve become more sophisticated in costumes, sets, makeup, and special effects. For years, so-called “slasher” films like “Nightmare on Elm Street” and “Friday the 13th” seemed to follow a stylistic template. These days they often have an “escape room” aspect that gives visitors activities to participate in together.

What Haunted House Is the Scariest?

What makes one person lose their cool might not faze another. That’s what’s great about having a variety of haunted houses. Some people may find some scary, but others not so much.

For that reason, it’s hard to pin a blue ribbon on a single haunted house in the New Orleans area. Instead, we’ll try and give you enough information for you to make that judgment for yourself.

However, we’ll tell you that at least one of the haunted houses on our list claims to be haunted for real.

What Is New Orleans Known For?

You might not associate Halloween haunted houses with New Orleans at all. Sometimes called the Big Easy, this one-of-a-kind city in southern Louisiana is probably best known for its “anything goes” attitude.

That carefree philosophy applies to the all-day-and-all-night lifestyle in general and, more specifically, to the annual Mardi Gras revelry.

This celebration is probably what New Orleans is best known for worldwide. On second thought, maybe it’s those mouthwatering Cajun and Creole flavors.

The city is also synonymous with the Jazz and Heritage Festival and the downtown district known as the French Quarter.

This is where you’ll find the world-famous Bourbon Street and many other historic sites. These include Jackson Square, the Riverwalk, Café du Monde, and the iconic Louisiana Superdome — just to name a few.

HOT TIP
Looking for more than one kind of spirit in New Orleans? Try a Haunted New Orleans Pub Crawl.

Nighttime is the right time to get your spook on in New Orleans. These haunted houses get busy after nightfall, starting typically in late September or early October. It’s a good idea to make reservations online in advance to avoid a long wait in line.

Another famous Louisiana city, Baton Rouge, is just over an hour away. That’s where you’ll find what’s widely considered one of the scariest haunted houses in the country: 13th Gate.

About: Many visitors leave here still shaking and wonder if what they just experienced was real or something from a movie. This attention to detail includes realistic makeup on the actors and even live snakes!

This haunted house has 13 sections, called realms, that form what seems like an endless chain of horror. They include dark city streets, underground passageways, a pirate ship, and a graveyard filled with zombies. It covers 40,000 square feet.

New Orleans Nightmare has ranked as the top in the area and one of the best in the nation. It’s from a nationwide chain called 13th Floor.

About: This haunted attraction in New Orleans actually lies just outside the city in nearby Jefferson, about a 25-minute drive from the famous French Quarter.

It gets high marks for the actor’s elaborate costumes, unforgettable effects, and a surprising mix of humor with horror. If you’re afraid of the dark, the blacked-out escape room attraction called Phobia will take it to an extreme level.

Location is everything, right? This one’s in a former funeral home.

About: This incredible Victorian mansion, dating to 1872, lies at the end of Canal Street in New Orleans’ historic Garden District. It served as a mortuary and crematory for decades and has frightened guests as a haunted house since 2007.

The owner and operator, Jeff Borne, has expert experience with special effects. He’s celebrating the historic home’s 150th anniversary with the theme of “the House that Fear Built.” They won’t guarantee you’ll see one, but many guests have reported what they believe to be real ghost encounters.

RISE is about 40 minutes north of New Orleans in Tickfaw, a tiny town just outside Hammond.

About: Have you ever had serious second thoughts about checking into a Bed & Breakfast? That’s the theme of RISE but times a thousand. Let’s just say some characters here you definitely won’t want to chit-chat with on the porch.

The interactive asylum visit and an immersive hayride complete your chilling experience. USA Today has named RISE one of the best in America.

This Google reviewer, Allie, said, “Amazing! The detail put into the haunt was simply incredible, and so were the actors!”

About: You’ll see a “Keep Out” sign on the gate in front of this cool old house, and that’s good advice. Rather than a walking tour through a scary house, Ghost Manor is an outdoor attraction is free to view. It’s an actual residence with elaborate visuals and sound meant to delight more than frighten.

You’ll wonder how they created those dancing skeletons upstairs or that ghost flying across the front of this old Queen Anne-style house. It has 14 different rotating scenes plus dozens of hard-carved jack o’ lanterns.

Boo at the Zoo

This family-friendly event is held every year at the legendary Audubon Zoo.

About: This daytime experience is a quintessential New Orleans tradition for a worthy cause. Proceeds help support the Children’s Hospital. It happens on the weekend before Halloween, so it’s a great excuse to start celebrating a little early.

Costumed tour guides lead the way through the zoo’s exhibits, perhaps scaring the youngsters a bit along the way. A visit to the Extinct Species Graveyard also provides an educational twist. Kids can create their own Halloween crafts to take home as souvenirs.

Are Haunted Houses Worth Visiting?

The shock and terror of a haunted house may seem in direct contrast to the joy and frivolity you’d expect in New Orleans. But this Halloween tradition is ultimately all in fun, right? And that’s what they do best in the Crescent City.

Halloween is one of our favorite holidays, and we can’t imagine letting one pass without a visit to a haunted house. We’d love to visit them all if possible because, to us, it’s just as big of a tradition as trick-or-treating.

Even though we’re terrified, it’s a temporary feeling that we look back on with laughter. These haunted houses in and around New Orleans may get your heart racing. So if you like that adrenaline rush, you know there’s nothing else quite like it! 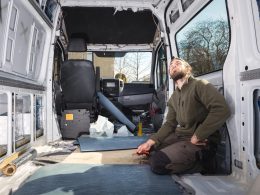 Is RV Plumbing Hard to DIY?

Any DIY work on your RV can be difficult. Most issues in a job come from situational circumstances.…
1 share
0
0
1 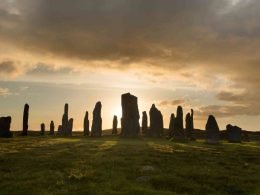 Stone circles have always contained an air of mystery about them. There are many questions about their origin,… 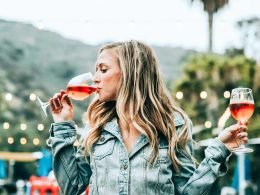 From those who enjoy history to people who love an incredible Sunday drive, the Natchez Trace Parkway is… 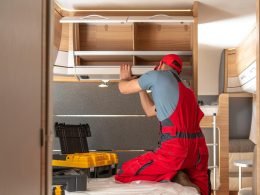 When you want answers to some of the toughest questions, you have to go straight to the experts.…