The big American cities get all the press; New York City, Chicago, Houston, and San Francisco are major tourist destinations. But scattered throughout the United States are small towns with charm and history you don’t get with the bright lights and traffic of these metropolitan areas.

Whether you’re looking for a relaxing weekend or want to do all the things, these seven small towns will capture your heart.

What Is a Small Town?

The US Census Bureau identifies a small town as an incorporated area having 5,000 or fewer residents. However, other people have different interpretations of what constitutes a small town.

Some think 10,000 or fewer residents is appropriate. Others believe the actual population doesn’t matter. It’s the feel of the city that gives it the “small town” title.

Interestingly, the 2020 census showed that the United States is full of small towns. About three-quarters of incorporated regions have fewer than 5,000 people. On the other hand, about 4% of cities had more than 50,000 residents.

HOT TIP
Don’t go out of your way to see these overrated tourist destinations in the U.S.

What’s the Best Small Town to Live In?

There are small towns for retirees and small towns for families. But what you’ll tend to find in all of them are charming, friendly folks, walkable streets, and familiar gathering places.

Skyscanner, a travel site, explains how Helen, Georgia, and Bandera, Texas, are two of the best small family towns. Sitka, Alaska, and Bisbee, Arizona, are great homes for artists, and Glasgow, Montana; Fairfield, Iowa; and Green Bank, West Virginia, are perfect small towns for people wanting to get away from it all.

On the other hand, the travel site Far and Wide ranks the top 100 small towns in America and includes Camden, Maine; Buffalo, Wyoming; and Stowe, Vermont, as some of the best small towns with 4,000-5,000 residents.

Thousands of small towns are full of history, culture, and unique opportunities from the East to the West. Let’s look closely at seven towns that will make you fall in love. Perhaps they’ll be your home someday!

About: With less than 20,000 residents, Concord, Massachusetts, is a small town within driving distance of the greater Boston area. MBTA commuter rail also serves the area.

The city has played a significant role in history and the environmental movement. In 1775, the battles of Lexington and Concord were the incidents that triggered the American Revolutionary War.

Concord was also the first town to ban single-use plastic bottles in 2012. The borough also has one of the first electric school buses in the country.

Why You’ll Fall in Love With It: If you’re a history buff, Concord, Massachusetts, is the destination you want. Minute Man National Historical Park preserves the start of the Revolutionary War.

If you’re a literature fanatic, this small town is also the destination for you. Ralph Waldo Emerson, Louisa May Alcott, Nathaniel Hawthorne, and Henry David Thoreau all lived and wrote some of their most popular pieces in Concord. It’s a town full of history and culture.

About: Elkhart Lake is home to about 1,000 residents located in Sheboygan County. It was once famous for its road races on public county roads during the 1950s.

Road America, located just south of Elkhart Lake, currently hosts races in the NASCAR Cup, Xfinity Series, IndyCar Series, and more. This small town only has a little over one square mile of land.

Why You’ll Fall in Love With It: If you’re a racing fan, you’ll want to visit Elkhart Lake, Wisconsin. The races in the 1950s drew crowds of 50,000 people. Even today, the races at Road America bring in millions of dollars each year and support hundreds of jobs.

The railroad history of the area is also significant. Elkhart Lake Depot Museum is a century-old railroad station that houses memorabilia and other historical pieces.

About: Smithfield, Virginia, is probably most famous for its production of Smithfield ham. Smithfield Foods raises 27 million hogs and processes 6 billion pounds of them annually.

In addition, Smithfield’s Historic District draws in visitors annually with properties from the Colonial, Federal, and Victorian periods. About 8,500 people live in the 10 square miles that make up the small town of Smithfield.

Why You’ll Fall in Love With It: Pigs are celebrated here like town mascots. You’ll see sculptures, paintings, gargoyles, and more all around town and experience a fun, quirky atmosphere surrounding the small village, offering plenty of photo opportunities.

Smithfield also hosts several festivals throughout the year, from the Smithfield Wine and Brew Fest to the Bacon, Bourbon, and Beach Music Festival. Smithfield, Virginia, might be small, but it’s big on identity.

About: For thousands of years, the Unangan (Aleut) people have lived on Unalaska Island of the Aleutian Islands. Fishing is a substantial economic industry. Dutch Harbor is the largest fisheries port in the US by volume caught.

The area became more popular due to the Discovery Channel’s documentary show “Deadliest Catch,” which follows fishermen from the Dutch Harbor. About 4,200 people live in Unalaska.

Why You’ll Fall in Love With It: If you love sport fishing, Unalaska, Alaska, is a must-see. Numerous charters services are available.

But the landscape of Alaska also lures visitors year after year. It’s hard to beat the beauty of the volcanic rock combined with the lush greenery of this remote island. The waters, land, and air are also rich with wildlife and offer excellent opportunities for photography and birding.

About: Part of the Grand Junction Metropolitan area, Palisade, Colorado, is home to about 2,500 residents. Unlike other sites in Colorado, Palisade enjoys a pleasant climate with lots of sunshine.

The town only has about one square mile of land but is known for its peach orchards and wine vineyards.

Why You’ll Fall in Love With It: Palisade, nicknamed “The Peach Capital of Colorado,” is located in the heart of wine country with 30 wineries and vineyards. The charming downtown area blends peaches and wine for unique eateries, shops, and art.

And if you’re looking for the typical outdoor recreation that Colorado offers, Riverbend Park is a great place for boating, canoeing, fishing, and more. What’s not to love?

About: Named after the pioneering brothers David and William Bard, Bardstown, Kentucky, is home to less than 14,000 people in central Kentucky. Like peaches and wine are essential commodities in Palisade, bourbon production is a top industry in Bardstown.

The annual Kentucky Bourbon Festival runs here, and promoters have trademarked the title “Bourbon Capital of the World.” One of the larger small towns on this list, Bardstown covers a little more than seven square miles.

Why You’ll Fall in Love With It: If brewery hopping is your idea of entertainment, you need to check out Bardstown, Kentucky. Built in 1779, Old Talbott Tavern entertained the likes of Daniel Boone, Abraham Lincoln, and Jesse James.

There is also a rich history here. The fourth-largest Civil War museum is in Bardstown, and the Historic District is on the National Register of Historic Places.

About: With a population of about 7,500, Decorah, Iowa, is a small Midwest town near the border of Minnesota and Iowa. Settled originally by the Ho-Chunk people, Decorah saw an influx of white settlers in the 1850s and 1960s.

Why You’ll Fall in Love With It: Decorah offers a unique cultural experience from the other small towns on this list. The mix of culture and natural beauty makes this town a great destination.

It’s the place to take in all things Scandivanian, but cyclists will also enjoy biking the 11-mile Trout Run Trail through the city.

Are Visiting Small Towns Worth it?

Most of the time, when you plan a trip, you visit popular National Parks or big cities with lots of activities. But these small towns are worth visiting, especially if they’re on your route to other destinations. Stop in for a weekend and sip bourbon with your partner in Bardstown or venture into the Bering Sea to trying your hand at king crab fishing in Unalaska.

You’ll be pleasantly surprised at what these small towns offer, so much so that you might plan a second visit or start looking for your own home in the area!

Which small town will you visit first? 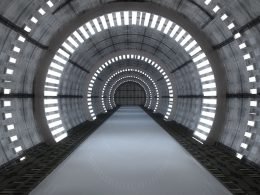 Self-driving cars and reusable space rockets were once far-fetched ideas. However, when Elon Musk puts his mind and… 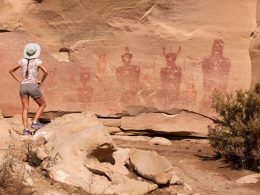 Some people just want to be seen. They want to make their mark in whatever way necessary. Unfortunately,… 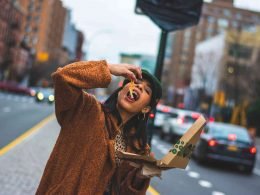 To experience all a city offers, you must use all of your senses. Sure, using your sense of…
6 shares
6
0
0 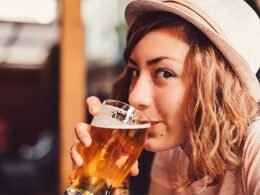 London is a city full of rich history, invigorating culture, and stunning art museums. One aspect of its…