Home Blog 7 RVers Harassed: Did They Deserve It?
View on YouTube

RVing YouTubers make it seem like things always go smoothly. However, that’s not the case in reality. Let’s take a look at seven RVers who unfortunately didn’t have such an easy ride.

Enjoy The Journey Harassed by HOA

Tom and Cheri of Enjoy The Journey.Life set up camp at an RV park in Florida to ride out the 2020 pandemic. While at the resort, Tom and Cheri’s harassment occurred at the hands of the RV park’s HOA. The couple was spied on and targeted by one specific HOA board member. The board member was upset for many reasons, including because Tom and Cheri’s son lived with them.

If you’ve ever lived in an HOA, you can relate to Tom and Cheri’s experience. Unfortunately, situations like these happen far too often, and it can be extremely frustrating. However, Tom and Cheri handle the situation well and laugh through the craziness.

David and Jenny of Fate Unbound experienced harassment while camping at their free camping site in a national forest. They were camping on public lands when a lady confronted them, asking them to leave. The lady was angry that they were camping, and it was fire season. Jenny and David had done their research and knew they were able to camp there. They later found out that the lady who confronted them is known for causing a stir in the area. The couple finished their time at their boondocking spot without worrying.

Eric of Nomadic Fanatic had to call the police to report stalking and harassment. Unfortunately, he had an army of individuals who didn’t agree with his lifestyle choices. An individual visited Eric’s property without permission and harassed him. This trespasser later posted Eric’s physical address online and encouraged individuals to harm him. Law enforcement confirmed that if the individual visits the property, he’ll go directly to jail. Going forward, Eric will keep his location private to avoid any future issues.

Campervan Kevin was camping in a beautiful spot in forest service land in Monticello, Utah. Around 11-11:30 p.m., a visitor drove up to the campsite. A large truck started doing donuts in the camping area, and Kevin believes they were trying to throw rocks to scare the campers away. Kevin shares some essential safety tips for other RVers to keep them safe.

Grateful Glamper Kicked Out of Their Campsite

Charity and Ben of Grateful Glamper detail their trip to change their home base from Colorado to Florida. The couple shares how they were victims of discrimination for being a family traveling in their RV. The local KOA charged them more because the park owner didn’t feel that an RV was an appropriate place to raise a kid. The campground complained about them leaving a grease mark on the wooden picnic table. Ultimately the couple decided to leave after two weeks instead of a month and regret not looking at the reviews for the campground in advance.

Thomas from I’m Not Lost I’m RVing was flying his drone while boondocking. A man pulled up in his truck near their campsite and didn’t like that Thomas was flying his drone. The man decided that the drone bothered him enough to throw a rock directly at it. Luckily, he didn’t have good aim and missed. Thomas was able to talk to the man and straighten things out.

S & S and the RV Cats Harassed and Told to Leave

Sal and Sharon of the channel S & S and the RV Cats experienced harassment by a local cattle farmer. The man told Sal and Sharon that they needed to leave because the road was closed, and he wanted to allow his cows to come through where they were parked. Sal and Sharon didn’t want a confrontation and decided it was best to avoid conflict and pack up and leave.

Not everything is going to be puppy dogs and rainbows while RVing. People aren’t always friendly. However, each of these RVers did a fantastic job handling the situation without escalating it. They’re a good example for other RVers to follow when things don’t go as planned while RVing. Have you ever been harassed while RVing? 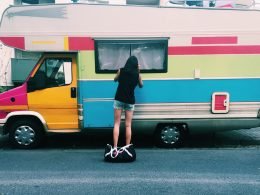 Lumber Prices Go Down, Will RV Prices Shrink Too?

If you’ve taken a stroll down the lumber aisle lately, you may have experienced a bit of sticker… 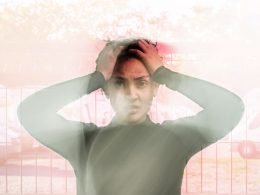 RV Storage is a Money Pit

That new and expensive RV could come with a monthly payment of several hundred dollars. And, if you… 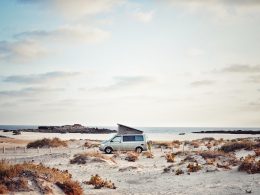 Camping in the great wide-open sounds like a dream come true. Fresh air, sunshine, and just a few… 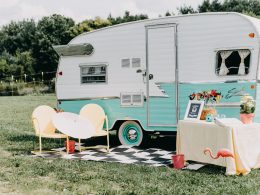 Top 10 RV Renovations You Need to See If you’ve spent any time in the online RVing world,…