Home Blog What Is Shoulder Season?
View on YouTube

If you’ve done any traveling, you know there are peak seasons when campgrounds are full, amusement parks are crowded, and lines are long at park ranger stations. If you’re flexible in your travel schedule, you might want to consider visiting high-traffic areas during the shoulder season. There are a couple of disadvantages, but the benefits could make it worth it! Let’s see why.

When Is Camping Season?

Generally, the camping season ranges from late spring to early fall. Depending on the area of the country, this varies. For example, in the northeast, campgrounds don’t open until May, whereas in the south, campgrounds never close.

States like Michigan, Maine, and New York have many tourists in the summer because of the milder temperatures. Peak camping season ranges from June to September.

On the other hand, snowbirds venture south for the winter, so Florida campgrounds tend to be full from November to March.

HOT TIP
Do you know if your camper can survive freezing temps? 🥶

Shoulder season is the period between peak season and the off-season. Again, this varies across the country based on location.

In the northern states or western states with higher elevations, the shoulder season begins around September. But in other parts of the country, like North Carolina or Kansas, campgrounds welcome fall visitors until October.

Generally, shoulder season for camping is early to mid-spring and mid-fall. The shoulder season is short, usually about a month before the peak season and the off-season.

What Are the Benefits of Traveling During Shoulder Season?

If you can travel during shoulder season instead of peak season, it can be the best time to travel. Prices are lower, crowds have dispersed, and you can enjoy mild weather. Let’s look at all the benefits of traveling during this time.

Because lodging accommodations, attractions, and local restaurants want your business, they entice visitors to come during the shoulder season with lower prices. You might save $10 per night on lodging in October if you wait to visit Houston in the fall.

After peak season, local businesses run promos and specials to get more money before the off-season and possible closures for winter weather.

Because school is back in session during shoulder season, campgrounds, hotels, restaurants, and attractions are less crowded. Parents have gone back to work, and the vacation season is over.

You won’t have to get reservations for high-use hikes. You can usually just walk into a restaurant without having to wait. And you can get that much-awaited selfie by the Grand Canyon without getting photobombed. It’s also easier to make lodging reservations with fewer people traveling.

Because there are fewer people, there’s also less traffic. You don’t have to wake up early to beat the traffic when entering an amusement park. You won’t have to wait in long lines at National Park entrances. Less waiting means more time to enjoy vacationing.

It’s also important to pay attention to weather conditions other than temperature. Know when flash flood season is out west, tornado season is in the midwest, and hurricane season is out east.

HOT TIP
Here’s how to keep your camper cool when off-grid.

What Are the Disadvantages of Traveling During Shoulder Season?

Just like with most travel decisions, there are also cons to consider that might outweigh the benefits. Even though prices are lower and crowds are smaller during shoulder season, you might experience closures and poor weather.

You never want to plan a road trip to find out that several of your must-see places are closed for the season. This can happen during shoulder season. At the very least, hours may be cut.

If you were planning on visiting a Trading Post in New Mexico on an October Monday morning, you might realize it’s only open on the weekends after September. If you wanted to book a tour of Antelope Canyon in Arizona in March, you might realize tours don’t start until April.

Because shoulder season means fewer tourists, many places close down or cut hours to reduce operating costs. It’s just not worth it to remain open all day, every day.

Although you might experience better weather, you might also experience worse weather. Traveling to Louisiana in September may mean lower temperatures and less humidity, but it also means a higher risk of hurricanes.

Traveling to California in May could mean dealing with wildfires even if the temperatures are pleasant. Weather is so unpredictable that it’s important to keep up-to-date with local weather wherever you travel.

Do Campgrounds Close in the Winter?

Many campgrounds in higher elevations and northern states close in the winter. From Washington to Minnesota to Maine, you probably won’t find many campgrounds open after October. In the states out west like Utah, Arizona, and Colorado, you’ll also want to make sure campgrounds are open during the off-season.

Not only do campgrounds close, but certain hiking trails and roads will close. It’s important to do your research to make sure you know what is open, so you don’t plan a vacation of disappointments.

If you’re looking forward to hiking in Bryce Canyon in January, make sure to know the conditions and if any avalanches have caused closures. Also, note whether or not your route will need any detours due to road closures as you travel during the winter.

If you’re looking to avoid crowds and save money, camping during shoulder season is a great option.

You won’t have as many kids running around the campground or splashing in the pool. You won’t have to step aside on hikes to let as many passersby come through. And as long as you have a 4 season travel trailer, you’ll stay cozy while camping. And you can enjoy your camping and travel experiences more because you’ll have more time to enjoy the great outdoors.

Where will your camping adventures take you during the next shoulder season?

Can a Sailboater Sleep Anywhere in Open Water?

Can a Van Tow a Camper? 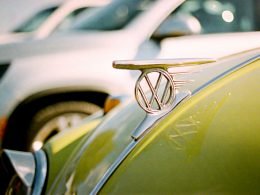 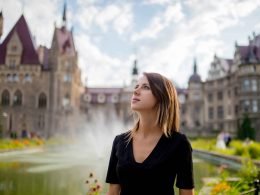 Have you ever wondered what it feels like to be a king or queen? You can book a… 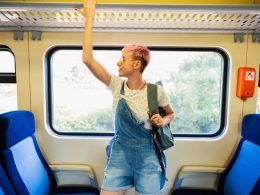 Traveling may seem like something only for the wealthy or financially comfortable. However, there are many ways to…
3 shares
1
0
2 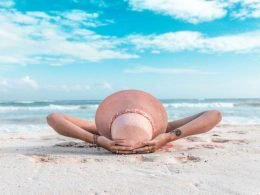