If you’re considering hitting the road for a vacation, it can be a little overwhelming to decide where to go. After all, the U.S. is full of famous sights as varied as the traffic-clogged streets of Manhattan or the wide-open spaces of Yellowstone. And while many destinations live up to the hype, some may leave you wondering whether the trip was really worth it. Let’s take a look at the most overrated road trip destinations to avoid for your next vacation.

What Makes a Destination ‘Overrated?’

Overrated can be a difficult term to define. It doesn’t necessarily mean the attaction is terrible — just generally over-hyped. Still, many travelers know the feeling of arriving at a famous attraction only to find a letdown.

Overrated destinations may be smaller, more crowded, dirtier, less exciting, or more generally mundane than their popular perceptions would suggest. Overrated destinations often have reputations that have grown over the years, creating expectations that are hard to meet in real life. These can be the most frustrating experiences for travelers and dash sky-high hopes.

The Most Overrated Road Trip Destinations

So which spots are the biggest let-downs you should avoid on your next road trip? We’re breaking down nine of the most overrated.

Why It’s Overrated: One of the most common complaints from visitors to Mount Rushmore is its size. Don’t get us wrong — each of the presidential heads is still about 60 feet tall. But many visitors have a much larger size in mind. When they see the sculpture is just a small part of a much larger mountain landscape, they leave disappointed. Beyond looking at the monument, checking out the visitor center, and a short trail or two, there’s not much else going on here.

Where to Go Instead: If you find yourself in this corner of South Dakota, you’ve got several other destinations close by. Head about 75 miles east and visit Badlands National Park, full of breathtaking, otherworldly landscapes, scenic drives, and hiking trails. Alternatively, head about two hours west over the Wyoming border to Devils Tower National Monument. This distinctive geological feature soars over the flat land surrounding it. It’s a sacred site for local Native American tribes. It’s a top spot for hiking and climbing or exploring the thousands of years of history at the site.

Why It’s Overrated: Some roadside attractions gain fame simply by hanging around for a while. That seems to be the case for the World’s Largest Ball of Twine in Cawker City, Kan. Yes, at 5,000 pounds and eight feet high, it’s quite a large ball of twine. But once you get a look at it and its protective pavilion, there’s really not much else to do. And at more than an hour from the nearest interstate, you may find yourself wondering if it was worth the trip.

Where to Go Instead: If quirky small-town attractions are what you’re after, try the Oz Museum in Wamego, west of Topeka. Located just off I-70 in the home state of Dorothy, it’s the largest private collection of “Wizard of Oz” memorabilia in the world. For the more outdoor-inclined, head west to Monument Rocks Natural Area, a series of striking rock formations rising above the flat plains.

Why It’s Overrated: Many fans of show business stop by the famous Hollywood Walk of Fame, which stretches more than a dozen blocks along Hollywood Boulevard. The walk’s stars commemorate some of the entertainment legends who’ve made an impact on Hollywood. But, unfortunately, the magic of the silver screen doesn’t translate to the real world.

While it’s somewhat entertaining to stroll along and see who each star belongs to, it traverses hectic, touristy areas. Souvenir store after souvenir store lines the area. Aggressive tourists and characters soliciting cash for photos pack the sidewalks in front of famous attractions like Graumann’s Chinese. This contributed to the Walk of Fame’s ignoble award as the “world’s worst attraction” in a TripAdvisor survey.

Where to Go Instead: Los Angeles has so much to offer that it’s worth letting a professional show you around. The city has some incredible options for both art-focused and food-focused tours. LA Art Tours will take you to some of the city’s best urban and street art. Art gallery tours will give you personalized experiences in one of the country’s top art cities. Sidewalk Food Tours and Secret Food Tours let you get a genuine, authentic taste of LA. No matter which sense you’re using, you’ll find Los Angeles worth the trip.

Why It’s Overrated: What once stood as one of the world’s largest shopping centers no longer qualifies for the top 10. It’s now nearly 30 years old, and malls simply don’t have the cultural resonance they once did. While the in-mall amusement park may dazzle, many visitors complain about the high prices. These are likely necessary to cover the cost of operating in such a mammoth facility. Add in the hazards of navigating large crowds, and you have an experience more likely to leave you with a headache and a big credit card bill than treasured memories.

Where to Go Instead: Skip the Mall of America and head to a Minnesota destination that’s truly American: the headwaters of the Mississippi River at Itasca State Park. Located a few hours north of the mall, this 32,000-acre state park is where the mighty Mississippi begins its long journey through the midwest. Enjoy the lake, learn about the river and the local area at two visitor centers, and explore a variety of hiking and biking trails. You can even camp out at one of the park’s many campsites. You’ll leave having made wonderful outdoor memories and seen an iconic American spot.

Why It’s Overrated: Coca-Cola traces its roots to the state of Georgia. It has a headquarters in Atlanta. So it makes sense to make a trip here to learn about the history of this iconic product, right? Unfortunately, the answer isn’t so clear. For an $18 admission fee, you’ll learn some Coke history, check out the Coca-Cola bottling process, and get to taste some unusual or international Coke products. But at the end of the day, you’re paying for what basically amounts to an advertisement. Some leave World of Coca-Cola feeling like the entire facility is an excuse to get you into the gift shop.

Where to Go Instead: Nearby Zoo Atlanta is one of the city’s most popular attractions and with good reason. Immerse yourself in the African rainforest, Savanna, and Asian forest exhibits. Check out the zoo’s famous giant pandas and world of reptiles. There are also fascinating educational spots for both kids and adults. Zoo Atlanta also focuses on conservation and includes exhibits exploring the impact of poaching and the international wildlife trade.

Why It’s Overrated: Bourbon Street springs to mind for many people when they think of iconic New Orleans spots. While it still maintains some of its original charm, it’s slowly slipping toward a more commercialized, homogenized experience. That’s not to mention the other significant problem with Bourbon Street — the people! It shouldn’t be a surprise that you’ll potentially be dodging extremely intoxicated people during your time on Bourbon Street. While it’s certainly worth a visit during your trip to New Orleans, you may wind up disappointed by your experience there.

Where to Go Instead: For a truly authentic New Orleans experience, head a short distance from Bourbon Street to nearby Frenchman Street. The stretch of several blocks near the Mississippi River is one of the top areas for live music. Clubs like Snug Harbor, Blue Nile, or 30/90 offer a wide variety of music for all tastes. You can skip from venue to venue and style to style. It’s also a great place to grab a late-night bite after enjoying a night out on the town.

Why It’s Overrated: At its base, Mystery Spot does offer an interesting stop. It’s a small circle of land in Michigan where surveying equipment doesn’t seem to work right, and people experience strange perceptions of size and space. However, at the end of the day, it’s just an optical illusion and one that businesses have taken advantage of to add all sorts of unrelated tourist traps. Outside of the “spot” itself, businesses will try to get you to zip line, play mini-golf, or explore a maze.

Where to Go Instead: Travel about a dozen miles east to Mackinac Island. You’ll need to leave the car behind for the final stage of the journey and hop on a ferry. This quaint, car-free area lets you explore on foot, by boat, or even on horseback. Check out the local shops, soak in the beautiful scenery, and avoid the nearby overrated attractions.

Why It’s Overrated: Times Square may be one of the most famous spots in New York, but it’s certainly not one of the most fun or authentic. The area is essentially a gigantic, crowded tourist trap. Building-sized ads, overpriced chain restaurants, and expensive touristy stores are mostly what you’ll find. And don’t forget the massive crowds. Plus, many new visitors don’t anticipate aggressive street performers or panhandlers, which isn’t the best first impression of NYC.

Where to Go Instead: Leave Midtown behind and head to the Chelsea neighborhood to see the Highline. Here, you’ll find repurposed, elevated former railroad tracks turned into a public park and gathering space. The area includes public art and green space nestled in one of the most densely packed areas in the country. The nearly 1.5-mile stretch offers views of the Hudson River and passes some of the city’s newest commercial and residential developments.

Why It’s Overrated: Wall Drug is one of those roadside spots that has partly grown to fame due to its location. There’s not much else going on in this corner of the state. Visitors passing through or heading to nearby Badlands National Park tend to stop out of necessity and boredom. This complex of touristy stores includes several gift shops, a drug store, restaurants, an art gallery, and an enormous dinosaur statue. However, once you’ve snapped a few pictures, grabbed a bathroom break or some food, and browsed the stores, you may find yourself ready to move on.

Where to Go Instead: If you’re passing through the area on the way to Badlands, chances are you’re a national park fan. That’s why you should skip the stop at Wall Drug and head southwest to Wind Cave National Park. The park offers amazing sights both above and below ground, with unspoiled prairie up top and one of the world’s longest and most complex cave systems below. Take a ranger-guided tour, or hit the hiking or biking trails on the surface and avoid what’s essentially an overgrown rest stop.

Hearing that a popular destination you’ve been looking forward to for a long time is overrated can be frustrating and disappointing. But it’s better to find out now before it’s too late. Even if you do choose to visit these locations, you’ll go in with adjusted expectations. Do any of our alternatives sound more enticing to you? 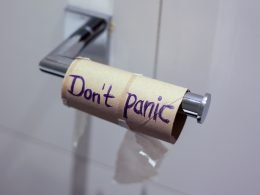 Why Buy an RV Without a Bathroom?

Would you ever consider buying a new RV without a bathroom? While many people’s knee-jerk reaction to that…
1 share
0
0
1 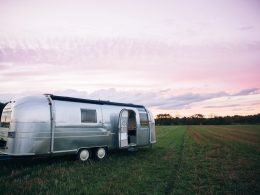 Will You Regret RVing This Summer?

Will You Regret RVing This Summer? Restrictions are lifting after a year of lockdowns due to the pandemic.… 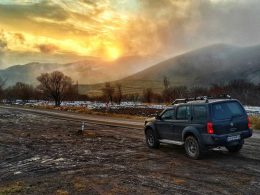 This Guy Lives in An SUV. Could You?

Living tiny has become trendy over the past decade. Many Americans consider housing options more diminutive than the… 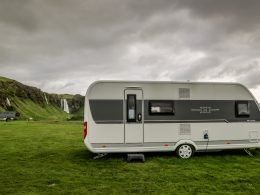 Can you imagine having to quickly pack up all of your things and abandon your travel trailer? Matt…