Home Blog Can You Go to the Queen’s Funeral?
View on YouTube

Following Queen Elizabeth II’s death, people across the United Kingdom lined up to pay their respects. However, most of them did not do so at her official funeral.

When the country mourns the loss of such an iconic member of the Royal Family, is it even possible for the public to attend her funeral? Here’s what you need to know.

Who Is Queen Elizabeth II?

Queen Elizabeth II was the Queen of the United Kingdom and the Commonwealth. She ruled for more than 70 years.

She was born in 1926 to Prince Albert, Duke of York, and Elizabeth Bowes-Lyon. When Elizabeth was 10 years old, her uncle abdicated the throne, and her father became King George VI.

Elizabeth became heir presumptive, meaning she would one day succeed her father as monarch. When King George VI died in 1952, Elizabeth ascended to the throne.

During her reign, she has seen Britain through some of its most tumultuous times, including the decolonization of its empire and the Cold War. She has also been a symbol of stability during periods of social upheaval, such as in the 1960s.

In the later part of her life, she scaled back her public duties but remained an active force in British life. Queen Elizabeth II was the longest-reigning monarch in British history.

HOT TIP
Heading to the U.K.? Check out these 10 Free Tourist Attractions in London!

At What Age Did Queen Elizabeth Become Queen?

She ascended to the throne, becoming the legitimate ruler of the United Kingdom and the other countries that were part of the Commonwealth at the time.

Her coronation, the formal recognition of her being a sovereign or ruler, didn’t occur until later. Elizabeth was 27 at the time of her coronation.

What Is the Queen Famous For?

Queen Elizabeth II stood as a symbol of strength, stability, and dedication throughout her long and illustrious reign. She was the longest-reigning monarch in British history and saw her country through significant historical events and difficulties.

Elizabeth was born into a royal family fraught with conflict, and she became queen when the British Empire was on the decline. Yet she has persevered, winning the respect and affection of her people.

In the latter portion of her life, Elizabeth became known for her colorful wardrobe, her love of dogs, and her stunning Christmas speech. However, her people respected her for her tireless work on behalf of her country and her unwavering commitment as queen.

Queen Elizabeth’s funeral was held at Westminster Abbey, which can hold around 2,000 people. But considering the exclusivity of the royal family, most commoners could not attend the Queen’s funeral.

The Queen’s funeral was reserved for her family, heads of state, prime ministers, presidents, various European royals, and other public figures that were specifically invited.

However, you can watch the televised event, which occurred on Sept. 19.

Why Is the Queen’s Funeral Significant?

The Queen’s funeral was so significant because it marked the United Kingdom’s first state funeral since the death of former Prime Minister Winston Churchill in 1965. That is more than 55 years between such significant mourning.

More importantly, it was an opportunity to honor Britain’s longest-reigning monarch in history. But Queen Elizabeth was also unlike any other monarch in the country’s past.

She embodied democracy and led England, and its heads of state, from the difficult times after World War II into becoming a world leader.

How Much Is the Royal Family Worth?

Forbes estimated the Royal Family’s worth at approximately $42 billion. Yes, that’s a “B” you’re staring at.

That, however, is not an amount of money that the Royal Family simply has access to. A business, Monarchy PLC, holds the vast majority of the assets. While it remains under the oversight of the family, the royals can’t simply sell the assets for personal gain.

Most of those assets come from real estate holdings, such as the Crown Estates (a collection of properties), Buckingham Palace, Kensington Palace, and numerous others.

Another significant portion of the assets held by Monarchy PLC is the Crown Jewels and expensive pieces of art. These include crowns, scepters, orbs, swords, rings, paintings, statues, etc.

Monarch PLC Holdings greatly overshadows the Royal Family’s personal worth. Queen Elizabeth had a wealth of around $500 million at her death. Likewise, King Charles, her son, had a personal worth of about $500 million but will likely inherit much of his mother’s fortune.

Most of the remaining Royal Family members have personal worth measured in the tens of millions. Generally, the closer a family member is to the throne, the larger their wealth.

Where Can You See Royal Attractions in England?

One of England’s most popular royal attractions is Buckingham Palace, the official London residence of the British monarchy.

Visitors can tour the State Rooms, which have lavish furnishings with paintings by some of the world’s most famous artists. You can also view the famous ceremony of the Changing of the Guard.

Other royal residences worth visiting include Windsor Castle, the largest occupied castle in the world, and Kensington Palace, where Queen Victoria was born.

For something truly unique, consider a visit to the Tower of London, where you can see the Crown Jewels and learn about the grim history of this ancient fortress.

Who Will Succeed Queen Elizabeth?

King Charles III (formerly Prince Charles) succeeded his mother, Queen Elizabeth II. He is the eldest son of Elizabeth and Prince Phillip, the Duke of Edinburgh.

Charles was born in 1948 and graduated from the University of Cambridge. After serving in the Royal Navy for five years, he began to carry out public duties on behalf of his mother.

In 1981, he married Diana Spencer, with whom he had two sons: William and Harry. Diana died in a car accident in 1997, and Charles married Camilla Parker Bowles in 2005.

Camilla is the Queen Consort, meaning that if Charles were to pass, she would not become the monarch. Charles’ son William is next in line to the throne.

Much like his mother before him, Charles became king when she passed. However, his coronation will likely not take place until sometime in 2023.

While you can’t attend the coronation in person, you can likely watch it on TV. Additionally, you can watch the Queen’s funeral, which took place on Sept. 19.

Will you get to visit England anytime soon?

Sometimes, camping destinations are less about the view and more about what the area offers overall. We may…
2 shares
1
0
1 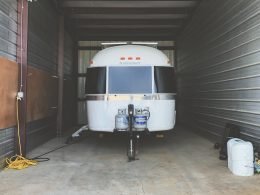 The amount of families and individuals choosing full time RV life has grown tremendously in recent years. What…

The Great Smoky Mountains can be a popular place to visit. However, we don’t think they’re all that…
18 shares
17
0
1