London is full of famous attractions. However, you may be surprised to learn there are many free things to do and see in the city. From museums to parks and more, London offers tourists epic adventures on any budget.

Please keep reading to learn more about London and why it’s a popular destination. We also share the best month to visit and reveal ten free attractions to see in the city.

London is the capital of England and the United Kingdom. Today, 8.9 million people reside in the historic and modern metropolis.

Romans founded the city of London on an island in the north Atlantic in 43AD. They ruled until the fifth century AD. Then, in 1067, the new king of England established the city’s laws. The city has grown, weathering many ups and downs, including world wars.

Why Is London So Famous?

London is famous for its museums, bridges, the Royal Family, double-decker buses, history, art scene, and more. Some of the top attractions tourists frequent are Buckingham Palace, Big Ben and the Houses of Parliament, Oxford Street, Tower Bridge, and Trafalgar Square.

London is one of the world’s oldest large cities. Today, it’s an international business hub. There’s a significant connection between London and major global financial hubs.

What Is the Best Month to Go to London?

You can visit London year-round, but the best months to go are between April and September. The weather is warmer, and there’s less rain.

If you’re concerned about being too hot, London has an excellent public transportation system so you can limit walking. However, we also recommend visiting during December as the holiday lights and markets are fun to see.

HOT TIP
If heading to London requires a plane ticket for you, here are the worst international airlines you should avoid!

Are you ready to travel to London on a budget but still see many attractions? Then, check out these free places tourists rave about.

They have exhibits like the Yayoi Kusama: Infinity Mirror Rooms. In addition, there are exhibits about performance, media, and objects.

The gallery is free without reservations. However, we recommend booking a ticket for free exhibitions.

2. Changing of the Guard at Buckingham Palace

About: The changing of the guard at Buckingham Palace is a classic tourist stop in London. It is a ceremony the guards of the palace conduct multiple times daily in their full uniforms, complete with furry hats.

They trade off who is guarding the gates, and they do so with a traditional march and maneuvers. The best spots to watch the changing of the guard are Buckingham Palace, St. James’s Palace, and Wellington Barracks.

About: Officials named Trafalgar Square in 1830. It was initially a cultural space for the public, and they built the national gallery next to it in 1832. Soon after, they added a memorial statue and two fountains.

Today, museums, galleries, and historical buildings surround the square. It’s a gathering place and a well-known photo opportunity for tourists.

About: The British Museum is accessible to the public and worth a visit. It regularly has special exhibits like the feminine power exhibition. Collections like the Islamic world and Egyptian mummy sections are popular.

While the museum is free, most travelers recommend you book at a time slot in advance. In addition, there is a shop and cafe inside.

About: Hyde Park is a trendy green space in the city for relaxing and casual walks. It is one of the four Royal Parks in London, which the Crown owns and manages.

In addition, some events happen in the park regularly. There is a speakers corner, and bandstand concerts often perform in the park.

About: Abbey Road in London is popular because the Beatles produced their final album in a recording studio on the road. They took the cover of their album on the crosswalk.

To this day, it’s still one of the most famous album covers. Global tourists travel to the intersection to take photos with their friends on the same street where the band took the picture. Also, it’s free!

About: Little Venice is a canal area in West London reminiscent of the canals in Venice, Italy. It’s fun to walk along the canals to see the unique boats and houseboats on the sides.

There are several cafes, pubs, and shops in the area. We recommend a morning stroll through the site and stopping for lunch at a canal-side restaurant.

About: Greenwich Park is another Royal Park. It overlooks the river Thames and has epic views. The park has historical markers dating to the 17th century and Roman times.

It also has the flower, herb, and rose gardens to walk through. There’s also a deer park, where you can get an up-close glimpse of wildlife.

About: Borough Market is a massive food market under the railway lines in London. It’s a foodie’s dream with much variety and artisan creations. You’ll find bread, cheeses, produce, fully cooked meals, and more at the market.

Even if you’re not interested in spending money here, it’s worth walking through the halls and passageways of this unique London staple.

About: Kensington Gardens is also a Royal Park adjacent to Kensington Palace. The park features the Diana Memorial Playground.

It also has a Peter Pan statue, Italian gardens, and an Elfin Oak display. The gardens are the perfect place to take a break from the busy city and enjoy beautiful surroundings and green space.

Are Free Tourist Attractions in London Worth It?

Free tourist attractions in London are worth it. The places on our list show some quintessential British art, gardens, and famous entertainment. They’re the perfect way to see the city without breaking the bank.

We hope you get to some of these attractions when visiting London. And if you do, tag us in some of your photos. We’d love to learn about your experience in this historic city.

Which of these locations are on your bucket list? 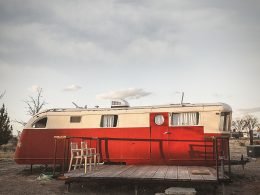 Do You Have an RV Exit Plan?

The road may go on forever, but chances are, you won’t be rolling down the highway for the…
2 shares
1
0
1 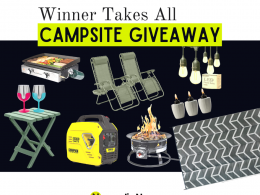 Spring is in the air and camping is on our mind. To celebrate the season, we’re launching a…
32 shares
27
0
5 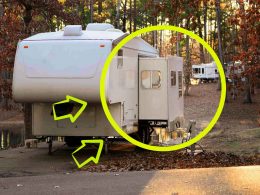 5 Hacks for Accident-Proofing Your RV Slides

Despite the fun and excitement of RVing, accidents can happen during your adventures. An accident involving your RV…
9 shares
5
0
4 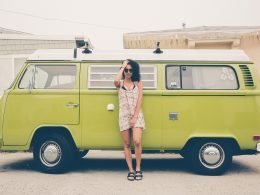 The 3 Most Important Things When Buying an RV

You’ve decided that you want to start camping with your spouse. You recently visited an RV dealership and…