Home Blog What States Have the Highest Gas Prices?
View on YouTube

What States Have the Highest Gas Prices?

For travelers, the increasing gas prices are worrisome. We wonder how long they will remain above average. We fear the future of our traveling and if we can afford it.

Although gas prices have certainly increased across the country, some states have seen substantial increases. Perhaps these are the states you’ll want to avoid during travel season.

Gas Prices Are Increasing Across the United States

Diesel prices were also climbing. As of the beginning of March, the average price was $4.63 per gallon and is likely to break the record of $4.846 in the coming weeks, according to GasBuddy.

Another record-breaking statistic is the recent seven-day spike of 49.1 cents per gallon. We haven’t seen such a quick increase in pricing since Hurricane Katrina in 2005.

Diesel prices broke another record with its largest daily gain ever on Friday, March 4, 2022. Prices increased by 22.2 cents per gallon in a single day, which is 6 cents higher than the previous record from 2013.

It’s possible that these prices will remain for months, perhaps ending the year with the highest ever recorded national average. However, it’s also possible that we might see the light at the end of the tunnel as most recent indications point to lowering prices.

What Is the Current Average Gas Price Across the Country?

The folks in San Fransisco saw the pump reach $5 at the beginning of March. This was the first major city to reach $5 per gallon.

The national average for a gallon of gas was around $3.70 during the first week of March, and the average mid-March is now $4.274 per gallon.

However, depending on your location, you might see prices higher or lower. Let’s look at some of the statistics per state.

Which US States Have the Highest Gas Prices?

According to AAA, the west coast states of California, Oregon, Washington, Arizona, and Nevada, and the midwestern state of Illinois all have gas prices above $4.400 per gallon. Alaska and Hawaii also join this group with two of the highest prices at $4.707 and $5.118 per gallon, respectively.

A $5.800 per gallon, California has the highest prices, with Hawaii coming in at a close second. Residents in California always feel the pinch when gas prices increase because of the high taxes they pay on fuel.

California taxes gasoline at 51.1 cents per gallon, the highest of any state gas tax in America. Nevada is the only other state above $5 per gallon at $5.041.

Which US States Have the Lowest Gas Prices?

The central part of America boasts the lowest gas prices, although still not cheap. They’re considerably lower than the $5 per gallon other Americans pay at the pump. From North Dakota and Minnesota in the north down to Texas in the south, all of these states are still under $4 per gallon.

You’ll pay the lowest price per gallon in Kansas and Missouri. Residents in Kansas are paying around $3.787, and folks in Missouri are paying a tiny bit more at $3.788. Nebraska, Iowa, North Dakota, and Arkansas all have prices over $3.843 per gallon.

Note that these prices are for a regular grade gallon of fuel. The mid-grade and premium grade costs are higher.

The Future of Gas Prices in the US

Although the future has looked bleak for several weeks in 2022, a recent news brief from AAA explains that gas prices have actually gone in the reverse direction most recently.

Since Monday, March 14, the national average has decreased. The current average of $4.274 is 4 cents lower than the average was last week. Oil prices have been decreasing, which is reflected in the pump prices.

The Energy Information Administration (EIA) explains that the price of crude oil has decreased because of lockdowns in some countries because of increasing COVID-19 rates. China is one of those countries that recently announced new lockdowns.

The EIA further explains that the total domestic crude stocks rose by 4.3 million during the second week of March, contributing to the reduction in oil prices.

Delaware saw the most significant decrease in gas prices at less than 16 cents per gallon. New Jersey, Washington, D.C, and Maryland also saw significant reductions. Perhaps this downward trend is only temporary, but Americans will take it while we can.

With the current war between Russia and Ukraine, it’s quite difficult to predict what will happen to gas prices next week, much less during the summer months when travel is at its highest. The price per barrel saw its peak at $123 right after Russia’s invasion. Now it has fallen to under $110 per barrel.

How Does Your State Rank in Gas Prices?

According to GasBuddy, Mondays are the best days to save money on fuel. The price might still be higher than you’re used to paying, but you’ll save some money.

Friday is also a good day to fill up. However, don’t head to the nearest fuel center on Wednesdays, Thursdays, or Saturdays, as those are the most expensive days for gas.

Even though gas prices have risen, attempt to save a little money by filling up on Mondays or Fridays as needed.

With the future of gas prices up in the air, it might be challenging to make summer travel plans. Consider where you want to go and how many miles it will take to get there. If it’s not substantial, don’t let these increased prices spoil your family’s adventures. But if you’re planning to go to California from North Carolina and spend a month in the Bay area, you might want to reconsider.

How have the rising gas prices affected your travel?

Drink Your Way Through the Smoky Mountains (Best Regional Bars) 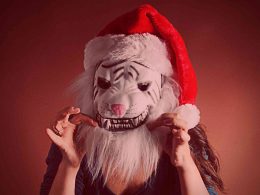 Around the world, many people celebrate Christmas. It’s a time for joy and giving, gathering with friends and… 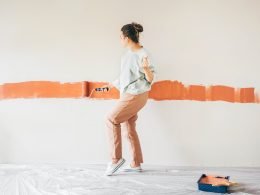 If you’ve been following Less Junk, More Journey for a while now, you know they’ve gone through a… 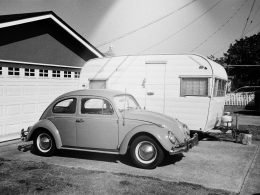 This Is What RVing Was Like in the 60s

Hitting America’s new interstate highway system with your family motorhome was unprecedented until the 1960s. Until that time,… 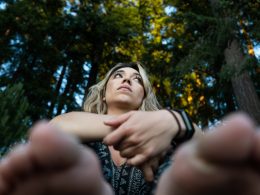 These 5 National Parks Are One Trick Ponies

While there are over 400 national park units, only 63 of them have received the designation of “national…