While many RVers keep their RV at or below the speed limit, some enjoy the thrill of pressing the pedal to the metal. The idea of RV racing may seem completely ridiculous, but it’s growing in popularity, and a quick YouTube search can yield videos dating back 12 or more years. Let’s take a look at one of the most chaotic racing sports in the history of racing sports.

What in the World Is RV Racing?

RV racing is often a mix between a demolition derby and a typical car race. Drivers push their skills and sanity to the limits by buckling themselves into the driver’s seat of these massive RVs. As if piloting a gigantic RV with a terrible turning radius around a track wasn’t enough, many of these races also require drivers to tow a boat or trailer behind them.

The winner of these races is not only the person who crosses the finish line first, but the one who has part of their boat or trailer still attached as well. This is a racing event, unlike anything you’ve seen before. It takes motorsports to a whole new level!

When Did RV Racing Get Its Start?

RV trailer racing has been on the scene since the early 2000s. As a result of YouTube and social media, the sport has grown. More and more videos began popping up on social media around 2013-2014.

What Kind of RVs Are Used in Races?

There is a wide variety of RVs used in RV racing. Often you’ll see motorhomes towing boats or other trailers, but there are also travel trailers and pop-up campers. Drivers gut the RVs until only the structure itself remains.

Participants often have to eliminate all of the glass and dangerous parts on the RVs or trailers. While the race may appear completely chaotic, race officials don’t want any injuries.

Where Can You Watch an RV Race?

If you think this sounds like a fun race to watch or participate in, you’re in luck! There are races all over the country. You can find races in Rockford, Ill., Norton, Ohio, and Charlotte, N.C. Keep an eye on your local race track too. You never know if or when they’ll give this exciting racing style a shot.

Has Anyone Died While RV Racing?

Even professional racing has had multiple fatalities over the years. One of the largest names in racing history, Dale Earnhardt Sr., died in a racing accident. RV racing can be dangerous as drivers typically aren’t professionals. There have been at least two fatal accidents.

In June 2015, Shawn Rivers died in a fatal accident while driving an RV in a West Lebanon, N.Y., race. The goal of the race was to “take out” River’s RV. The chase cars did “take out” the RV, but it rolled over and didn’t have the necessary safety equipment. The RV collapsed on itself and trapped Rivers, resulting in fatal injuries.

Another incident happened in Cedar Rapids, Iowa, in September 2014. In this race, RVs and buses competed against each other. A bus rear-ended an RV, sending the RV rolling onto its top. The driver suffered fatal injuries, and organizers canceled the remainder of the evening’s races.

Organizers have begun thinking about the dangers of the sport. Some have modified the requirements for racers to have certain safety precautions in place. Race organizers never want to see anyone get hurt, let alone die during a race. Accidents do happen, and it’s sadly a part of the risk drivers take when strapping themselves into the driver’s seat.

This unorthodox style of racing may be unlike any you’ll ever see. If you get an adrenaline rush when you see cars flying around the track or crashing into each other, this is the perfect racing style for you. Would you ever consider buying a ticket to an RV race?

Who Are Newstate Nomads? 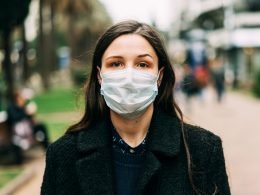 Will the Delta Variant Increase the Popularity of RV Life Even More?

Will the Delta Variant Increase the Popularity of RV Life Even More?  RVing increased in popularity in 2020… 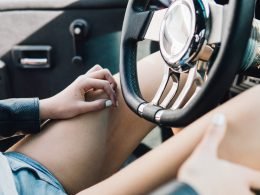 How to Tow a Trailer with Respect

Almost anyone can tow a trailer; however, towing a trailer with respect requires a bit more knowledge, experience,…
7 shares
7
0
0 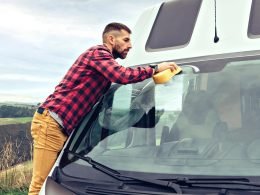 Spring Is Here, and So Is Your RV Maintenance Checklist

Flowers are blooming, and the temperatures are rising. This can mean one thing — camping season is on… 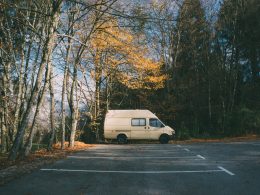 Is Stealth Camping for You?

With camping gaining popularity in recent years, snagging a campsite can be incredibly difficult. This is forcing many…